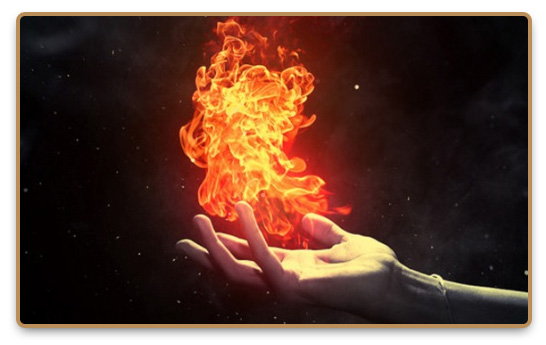 Pyrokinesis is the ability to manipulate fire using our thoughts. It is a type of telekinesis. This ability can come in several forms, including the ability to start and extinguish fires, but also to control them.

The word “pyrokinesis” itself stems from the Greek roots “pyr” for fire and “kinesis”. The term is said to have been coined by Stephen King, whose bestselling novel Firestarter from 1980 tells the story of a young girl with this power. However, he was not the first person to describe the ability.

The belief in pyrokinetic abilities have existed well into antiquity, most notably of the fire god Vulcan/Hephaestus from the Greco-roman mythologies. There may be a scientific explanation for pyrokinesis, namely that if one could find a way to cause atoms to vibrate fast enough, it could cause combustion, but there is no evidence that such a thing is possible.

Another theory suggests the existence of an undiscovered particle called a pyrotron, but this still stands as science fiction. There are some that believe it may be some manifestation of kundalini energy, but there’s also no scientific backing to this.

Pyrokinesis is an ability often found in comic books, manga, television, and films. Two of the most famous examples are The Human Torch from The Fantastic Four, who possesses the ability to ignite himself and other objects in addition to controlling fire, and the X-Men villain Pyro who merely controls fire that already exists.

Most modern examples of pyrokinesis have been regarded as merely hoaxes. One of the most famous of these was A. W. Underwood. Scientists are not completely sure how he completed his tricks of igniting objects, but most seem to think he did it using a phosphorus compound.

Another famous practitioner was Daniel Dunglas Home. He was able to hold hot coals in his hands and shoot flames from his fingers, in addition to other powers like talking to the dead. He was generally believed to be a fraud, but there were some criticized experiments that showed his abilities may be real.

Many sceptics have offered possible explanations, but there’s been no consensus conclusion.

See How to Practice Pyrokinesis with a simple device.

Although not pyrokinesis per se, there was an interesting case of a young girl in the Philippines who was able to predict fires. Sometimes these events were projected to happen at a specific time and other times she would just pronounce that something would burn, before objects in the room spontaneously combusted. There is some conjecture that she may have been starting the fires, but there does not seem to be any consensus on whether this was a hoax or not.

In addition to this, around the same time, a young girl from Vietnam showed evidence of exhibiting a passive form of pyrokinesis, where objects spontaneously caught fire in her presence. A doctor did a brain scan, which revealed that she had a strange red streak on her brain. The streak disappeared when she wore a quartz, but she found this uncomfortable.

How to Practice Pyrokinesis

Even though science has yet to prove its existence, there are numerous people who do believe that pyrokinesis is a real ability that can be developed with some practice. It is recommended to begin with controlling the existing flame of a candle. It seems to be similar to a few methods of meditation where one focuses on candles. What you do is concentrate on the flame and form a connection with it.

Close your eyes and try to visualize the flame and sense its energy. After you open your eyes, you can try to bring this visualization to life and attempt to move it. After this first step is achieved you can try putting out flame with your brain, then reignite it.

Gaining control of fire takes years of concentrative practice if it can be done at all. One should always be careful when trying to do anything with fire. It’s a dangerous practice that can hurt yourself and others.