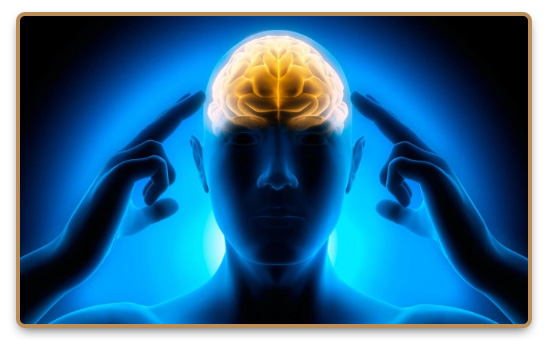 The word is said to have been coined by paranormal researcher Alexander N. Aksakof in the late-nineteenth century by combining two Greek roots: “tele” for distance and “kinesis” for movement. Even though it is a common fixture of super hero stories and science fiction, the belief in telekinesis is quite widespread around the world. It is even described in the Christian Bible.

Despite this, telekinesis is often seen as merely a trick by illusionists and fraudsters. The most famous was Uri Geller, who gained fame by demonstrating his powers on television, only to be humiliated by James Randi, a renowned magician and sceptic. Randi had even offered $1,000,000 to anyone who could show undeniable evidence of paranormal abilities. He retired in 2015 with nobody having collected the reward.

Telekinesis is a very common ability in modern fiction. There seems to be a fascination with this particular super power as it shows up again and again, especially in the very popular superhero genre. Some of the most well-known characters are Jean Grey and Psylocke from the X-Men comic books and movies.

One of the primary powers of the Jedi and Sith races from the Star Wars franchise is telekinesis. This ability also appears in the children’s book series Harry Potter by J.K. Rowling and Matilda by Roald Dahl. It is also a major plot element in horror stories like Chronicle from 2012 and Stephen King’s novel Carrie and the 1976 film of the same name. These are just a few examples of this recurring theme in storytelling.

History is filled with examples of entertainers and psychics who have used the power of their minds to move objects. One of particular note is returning Johnny Carson guest Uri Geller. He would bend spoons on television. Even though he has been shown to be a fraud, he continues to have many followers and still makes money by using these abilities. He explained that his public embarrassment did not prove his lack of abilities, but that the test was unfair.

Even though many people do believe that telekinesis is possible, there exists precious little evidence of it in real life. Science has spent a lot of resources trying to prove that telekinesis is real though and the results have been quite mixed. Generally, it is considered not to be real by most psychologists.

From a purely common sense standpoint, it seems unlikely that this ability—at least to the strength exhibited in fiction—exists.

See How to Practice Telekinesis with a simple device.

Were there superpowered individuals running around with the ability to move objects with their minds, we’d see more evidence and much more beneficial (or malevolent) uses than the bending of spoons. At least on a macro-level, there is little validity to the claims.

Therefore, many parapsychologists have focused their efforts on micro-psychokinetic phenomena, or the evidence of very small effects on matter. The most common is the ability to influence the outcome of dice rolls or random number or event generators over time. The idea is not that we can influence every individual roll of the dice, but cause a significant overall effect over many repeated rolls.

There have been some significant effects, though minor. However, these studies have been criticised as biased.

Some people have reported having caused unintentional telekinetic events during periods of extreme stress or duress. Some common examples are of clocks spontaneously stopping at the time of a loved one’s death or the explosion of light bulbs. Given that these are random occurrences, they did not occur under strict laboratory conditions, so the cause of these events cannot be verified. These could be the result of confirmation bias.

Often the belief in something can cause somebody to interpret a random happening as a supernatural event that they had caused. On a similar note, one could argue that the opposite happens as well. Possibly a supernatural event witnessed or caused by a sceptic may be written off as a coincidence.

In new age philosophies, telekinesis may be possible. It is believed by some that everything is connected together, so if one can find a way to control the vibrations or energies of objects, they can gain control over them.

This ability may be gained by extreme concentration and regular meditation practice. Within Hindu and Buddhist traditions, there is a belief that one can gain the ability to levitate oneself. A master may be able to move other objects as well. This should never be the goal of a meditation practice and many masters view that aiming for this is more of a distraction than a benefit.

Some have argued that the claims of these abilities in the past by yogis could just be a form of advertisement for their practice.

Some scientists have developed objects that may measure our ability to control energies and our latent telepathic abilities. Among the most popular is the Egely Wheel. It is a handheld object with a freely spinning wheel.

It is typically stationary, but when one focuses their energy or concentration on it, they can make it move. This effect is amplified when the user is happy or at peace. The faster the wheel spins, the higher the level of vitality or telekinetic control.