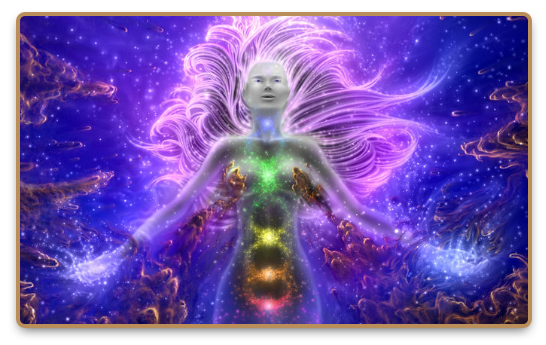 Kundalini energy is a mystical type of energy related to the Hindu religion and tantric yoga practices. It is described as a latent serpent energy that lies dormant at the base of the spine. The name literally means “coiled snake”. There is thought to be some connection between kundalini energy and other similar beliefs such as prana, qi / chi, and mana.

Specifically, it is connected to Muladhara or the root chakra and is often represented by a snake coiled around a lingam (a phallic symbol of Hindu philosophy). Despite this, kundalini energy is thought to be feminine in nature. It is believed that through a regular yoga practice, specifically kundalini yoga, this power can be channelled up along the sushumna through the chakras until it reaches its zenith at the sahasrara chakra located at the crown of our head.

When a practitioner reaches this point, they are thought to reach a state of bliss called samadhi. This is considered to be highly desirable, as samahi is the goal of most yoga practices. It is thought to be the point where one lets go of their ego and finds their true self. However, reaching this state takes years of difficult practice that can also be a bit dangerous in some cases (see below). Some even think that it is the “tree of life” within our bodies and it may be the very root of our consciousness.

The concept of kundalini energy originates from India, possibly thousands of years in the past. Some have claimed that it has been mentioned as far back as the Upanishads, ancient Vedic writings. Eventually, it grew into a specific yoga or meditation practice, whose secrets were kept hidden for hundreds of years.

A related term “kundali” has been used to refer to the goddess Shakti, who is closely related to this energy. It later became an important tenet in the Saiva Tantra, and kundalini was an innate awareness that could be unleashed.

One way of opening up the latent kundalini energy within us is through pranayama, the yoga of breathing. By employing certain forms of breath control, namely breath retention or kumbhaka exercises, these powers are said to be awakened.However, it is much more than simply holding one’s breath.

The idea is to maintain a proper ratio of inhalation, exhalation, and retention, so some training is required. Also, the extremes of this practice needed to unlock these energies could be dangerous and should not be pursued without the supervision of a trained instructor.

See How to Measure Kundalini Energy with a simple device

Even so, it is a very difficult practice. Some even say that it is necessary to learn it with a true master because unlocking the power can be either misused, not properly utilized, or even harmful.

Another practice that can unlock our dormant kundalini energy is through abdominal retractions, lifts, and recti isolations. The basic procedure is that one breath is completely exhaled while the abdominal muscles are sucked in as hard as possible, this is also called Uddiyana Bandha. With practice, one can create a wave motion with their muscles and also isolate the recti abdominis muscles on the lateral side of the abdominal wall.

Although not a result directly of the kundalini energy, these practices are thought to strengthen the abs, increase libido, improve digestion and metabolism, and massage the internal organs such as the liver, kidney, pancreas, and spleen.

Through the intensive practice of kundalini yoga, specific asanas, repeating mantras such as “sat nam”, and deep meditation, one can allegedly learn how to uncoil the power and bring it up through the chakras until it reaches the ultimate point of sahasrara, the highest chakra. This can put one in a bliss-like state because they have been allegedly able to find their true self. People who have reached this point can then move their consciousness to the different planes of existence connected to each of the chakras.

Some yogis believe that kundalini energy in itself is not enough to reach the highest plane. Others say that very few have ever brought their kundalini power to the crown of their head and there exists many safer and more effective ways to reach self-realization.

This energy has been traditionally connected to the development of certain mystical powers. Naturally, most in modern times remain a bit sceptical of these claims. There is a chance that these assertions were merely exaggerations or even “advertisements” for certain practices and beliefs. Ultimately, these powers are often viewed as pointless distractions from the true goal of self-realization.

It is believed that this energy can be unleashed and channelled into sexual practices, thus making it more pleasurable. This can also deepen intimacy between partners and thus improve relationships.

Kundalini energy has also been adopted by modern thinkers, especially within the area of psychology. One of the most notable was Swiss psychologist Carl Jung. Best known for his concept that people’s thoughts and ideas can be represented by a group of universal symbols, he embraced the idea of kundalini as a model to achieve higher levels of consciousness.

His ideas were first introduced in a famous conference in 1932, and was one of the first times a major western thinker tried to marry western philosophy with eastern mysticism. 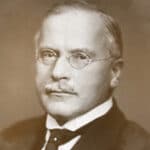 When you succeed in awakening the Kundalini, so that it starts to move out of its mere potentiality, you necessarily start a world which is totally different from our world. It is the world of eternity.

One of Jung’s followers, Wilhelm Reich, believed that there existed a direct link between our mind and bodies, and thus our psychological problems—especially those linked to childhood trauma— manifested themselves physically. These could include issues with our posture and even sickness. Further, he believed that these problems could be represented by a blockage of energy, often known as orgone energy.

Reich and his followers had noticed there may be a connection between this energy and prana or kundalini energy. This opens up the idea that finding control of this internal power could have ramifications for psychological healing.

Some have argued that our body does have a model for the way this energy flows through the sushumna. It has been speculated that the vagus, our tenth cranial nerve, could be this channel and that the chakras could be nerve plexuses.

Some psychologists have tried to apply various methods of kundalini yoga and meditative practices for the purpose of treating an array of psychological disorders including depression, anxiety, addiction, and obsessive compulsive disorder. The study seemed promising, but needs more data to be fully convincing.

A 2008 study in India also tried using kundalini meditation and yoga practices to treat addiction and found some self-reported improvement over the course of the 90-day study.

The image of the coiled snake at the spine has been likened to another similar symbol, namely the rod of Asclepius or mistakenly caduceus, often used to represent medicine. Some like to think of them as being similar in that if used properly, both can heal you, but if incorrectly utilized, they can cause harm.

Like many mystical energies from Eastern traditions, it has been adopted into some forms of new age philosophy and a different school of energy healing revolving around kundalini has developed. Some argue that when it is awakened gradually and carefully, the energy can cleanse the body of toxins, remove blockages in our energy channels, and purify our physical and spiritual bodies.

Unfortunately, even advocates of this type of healing warn that it can be quite uncomfortable, even painful when one starts to unlock their energy. Some symptoms include stomach aches, headaches, dizziness, upset sleep patterns, and general itching or discomfort. However, these feelings often pass, and often the bliss and spiritual awakeness is worth the initial negative side effects. Much like kundalini yoga, the path is through meditation and pranayama

Despite the claims of various practitioners, there has been little hard science to prove the existence of kundalini energy. Some believers claim that muscle tension or its release, however, can be a sign of it.