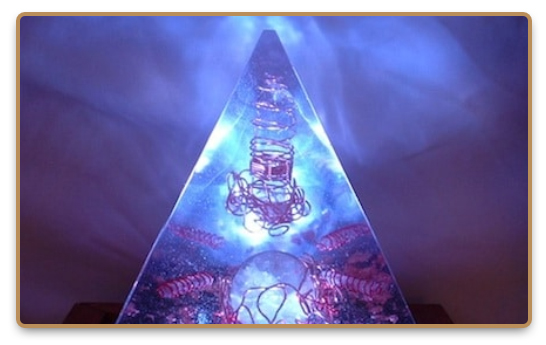 Orgone energy is a special type of esoteric energy postulated by the late-Austrian psychologist Wilhelm Reich. It is claimed to be a form of our life force that is directly connected to one’s libido. He believed that the loss of our orgone, specifically measured through units called bions, which move between states in living and inanimate matter, could result in various ailments.

Basically, this energy was the life force that traverses through all things, in a way similar to how people view qi / chi or prana. He thus theorized that if one could harvest this energy and recharge the body with it, it could be beneficial to our health. Using this thinking, he invented the orgone box, also known as the Orgone energy Accumulator. With this invention, he claimed he was able to heal a large number of ailments, among them cancer.

Wilhelm Reich was a protege of the founder of psychoanalysis Sigmund Freud. Both seemed to have a particular obsession with sexuality and its effect on one’s mental health. In one of his early and most influential books, The Function of Orgasm from 1927, he claimed that our sexual energy gets pent up in our bodies, causing various health problems, and the only way to relieve this tension or blockage is through orgasm.

He also developed a theory that trauma and repressed emotions, particularly from childhood could manifest themselves as physical ailments in our adult lives. It was clear from this early work that Reich had a particular interest in the idea of energies and how they relate to health and this would inform his further research. 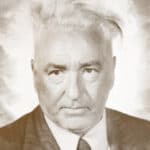 It is sexual energy which governs the structure of human feeling and thinking.

Reich went into exile from Germany in the 1930s, first residing in Scandinavia and eventually settling in America. During these years, he started developing his model of orgone energy. One of Reich’s students was said to have stumbled upon the energy while studying the light being emitted from certain substances. By accident, she used sand and created a special culture made up of a single type of particle that gave off a distinctive blue radiance. He called this a SAPA bion (sand packet).

Based on his observations, these bions had the ability to kill off nearby organisms and cells, and it was likely due to orgone radiation that the particles had absorbed from the sun and released. Reich claimed the material gave him a tan which could be consistent with his claims of ultraviolet radiation which he thinks may have been related to orgone.

See How to Measure Orgone Energy with a simple device.

Reich then connected these two theories together. He postulated that orgone may be the energy that is released during orgasm. According to his writings, he attributes orgasms to a type of electrical energy, and this is likely similar to the electricity of attraction that we feel when we have chemistry with somebody. This is partially a false claim in that usually orgasms are attributed physiologically to the tension of muscles after repeated stimulation. However, if you view muscle contraction as an electrically controlled signal sent through neurons, then this is less of a stretch.

Reich believed that this energy was a clear example of a life-force pervading through all living things. One of the examples of this is how a worm’s movements can be seen as phallic. He believed this energy would be the missing link between the living and non-living worlds, but exist in both. Bions were the carriers of this energy and organic matter absorbed the energy. He also believed that living organisms could be created in certain lab conditions using bions.

Reich was met with widespread ridicule in the middle of the twentieth century. A big blow was when Einstein himself found that the theory did not hold water. His theories became increasingly outlandish. One of the most extreme examples was his belief that we had to fight off alien invasions using special devices that could control the weather called “cloud busters”.

Reich died of a heart attack while in prison. His charge was for going against an FDA ban on selling his products across state lines. Many of his apparatuses and theories were considered to be pseudoscience and he was no longer able to use them for the treatment of medical conditions. His books and machines were destroyed in a widespread smear campaign against Reich. It can be said they were making an example of him to help ward off the future spread of popular quackery.

Despite the fact the Reich and his theories were deemed as quackery by most of modern science and FDA itself, some alternative scientists have still continued to utilize his theories and continue research into orgone energy. One of the most notable was James DeMeo, author of the Orgone Accumulator Handbook (1989).

Reich invented an object that one could use to observe the level of life-force in objects by allowing us to see orgone. This was called the orgonoscope and was made of a metal tube with a lens and a cellulose disk. Using this, he was able to conclude that humidity decreases the amount of orgone radiation in the air and was able to observe that the energy was in all things, but had a stronger accumulation in living things.

Reich’s observations of SAPA bions and orgone energy had led him to believe that life itself may have spawned from orgone energy. In spite of his claims, most modern scientists disagree with this fact, primarily because it goes against the very way we view biology. Some feel his “discoveries” were merely the result of poor experimental control or sanitation.

One of the primary applications of orgone energy is its use in Reich’s Orgone energy Accumulator. It is a box large enough for a person to comfortably sit inside that is lined with metal on its innermost layer, then must be lined with alternating layers of metallic and non-metallic substances such as steel wool and fiberglass.

Due to the particular properties of orgone energy, specifically that it is irradiated by metal and absorbed by organic matter, the accumulator collects the orgone energy and “charges” the person or organism that is inside the box. These effects can be amplified if the box is buried under dirt. For a short period before his public humiliation, the orgone box was a popular, albeit large accessory of many artists and celebrities.

In 1954, Judge Clifford in the case USA vs. William Reich ruled that his devices and theories of orgone energy had no officially-recognized medical value and the sale of orgone energy accumulators or any other related product for the purpose of medical treatment was illegal. Some of his followers claim that Reich was the recipient of a smear campaign by the US government or communists and his theories are more viable that their public perceptions.

Reich had done a large number of experiments trying to find further applications of orgone energy in medical treatments. One example he found was that rats with mammary cancer who underwent orgone therapy (basically, being injected with SAPA-bions) showed cleaner organs than those who didn’t and survived significantly longer than the control rats with no treatment.

Potentially due to the controversy surrounding Reich’s work, there have been very few studies aiming to replicate his results. These studies have shown significantly positive results consistent with Reich’s findings.

Other studies have shown that the use of his machine may have effects beyond those of a placebo. Reich has also been claimed to have used his machine to help reduce the effects of severe burns. Despite how his machine is viewed today, in the past many seemed to find benefit from it.

It is accepted that orgasms can have some positive health benefits. For example, regular orgasms can reduce the risk of prostate cancer. Whether related or not, some studies show that regular ejaculation can have a positive effect on one’s mortality. During orgasm, the body releases various chemical and neurotransmitters. These chemicals may reduce the chance of cancer and encourage relaxation, which is usually seen as a positive thing.

Despite the positive effects of orgasm, these do not necessarily have a direct link to orgone energy. If orgone energy exists and functions as Wilhelm Reich claimed, then it would be tempting to apply these claims onto orgone energy.

Reich eventually made a connection between some of his earlier psychological theories, namely bioenergetics and his later orgone-based theories. If one were to divorce the two concepts, one could easily see less-fantastical applications of his treatments.

Many modern psychologists have continued to use his ideas that our body may store childhood trauma and negative emotions within the body and there could be some benefit of mixing typical psychotherapy with a more body-centered approach. Even though one could interpret these theories through an orgonian lens, they do not depend on this model of the universe to be effective.