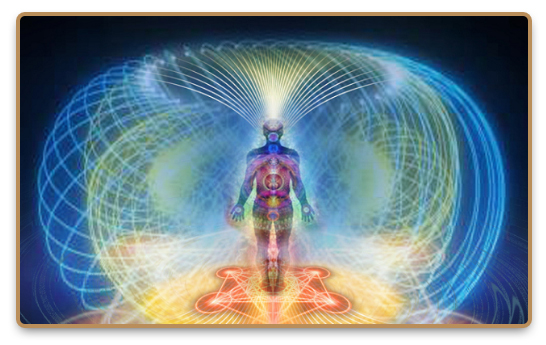 Biofield, or biofield energy, as the name suggests, is a field of energy that surrounds living things. The term can be used to describe a large number of phenomena, ranging from mystical, scientific, to pseudoscientific. There seems to be little doubt of the existence of an energy field emanating our bodies, but there are various models of the nature of this energy.

Eastern cultures have had a traditional definition for this type of energy, using terms such as qi / chi, or prana. Some scientists claim that it’s merely electromagnetic radiation. It is often used as a synonym or at least more scientific-backed term for auras. The term was developed mainly for the purpose for finding a meeting point between the beliefs of esoteric healers, alternative medicine practitioners, and conventional medical treatment.

The belief that there is a field of energy that surrounds our body has been around for thousands of years across different cultures. In the 1600s scientists proposed a modern model for the idea of a vital energy, but in the 1800s, most scientists concluded that this is likely just bioelectricity.

Despite this, many contemporary energy and alternative medicine healers still hold onto this concept of vital energies, but instead choose to utilize Eastern terminology such as qi / chi or prana.

Biofield itself is a specific term that was agreed upon in the early 1990s by a committee of alternative medicine practitioners including chiropractors, reiki healers, and massage therapists, among others. The committee was formed by the Office of Alternative Medicine as a part of the United States National Institute of Health. The goal was to define a concept that could encompass a particular energy sensed or treated by all these groups of people.

See How to Measure Biofield Energy with a simple device.

The committee landed upon the following definition: “a massless field, not necessarily electromagnetic, that surrounds and permeates living bodies and affects the body.” They were pleased with this definition because it could include the electromagnetic energy emanating from us as proven by science, but also leaves room for more metaphysical (or at least yet to be proven) energies such as a vital force.

Since this point, the definition has been extended so it includes the life force of the Earth itself. So there is a suggestion that this is not just one type of field, but a collection of different energy types.

As the studies of biofields deepen, scientists have found evidence to suggest that the term could be used to describe an entire discipline of physiology called biofield physiology. It’s focus would be on ways that the body’s different electrical and magnetic energies given by the body as measured by electrocardiogram (ECGs) and others may in fact be a wider ranging communication system for the body.

There has been a lot of research attempting to nail down the nature of the biofield energy that surrounds us and how this energy can be used. One such discovery was by Alexander Gurwitsch, who found that during the cell division of onion root cells, they gave off a weak form of ultraviolet radiation. He also found another field of energy during regenerative processes or the development of embryonic cells.

Later scientists have found that this field continued to be present even after the embryonic cells were removed. These are being incorporated into an attempt to use biofield energy as a way to develop a more holistic view of our body’s system in regards to energy.

More and more research is showing that there may be various other energy fields given off by our cells that help different systems of the body interact. There is also the suggestion these energies serve as the communication system of the body and they could be influenced by the mind. If one could find a way to influence this, the applications for health could be profound.

Some scientists have hypothesized that the magnetic fields given off by our heart are more significant than originally thought. McCraty et. al. suggests that the waves given off by the heart may be sensed by other organisms. They also look to find if the heart may have influence over other physiological systems and even our thought patterns.

Essentially, they suggest that the heart may be the center of a body-wide energy system controlled through electromagnetic energy and our emotions may have an effect on these. 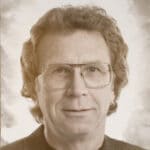 Humanity is globally synchronizing to the rhythms in the earth’s magnetic field.

It is well-documented that stress has a very negative effect on heart health and there is a direct connection between the brain and the heart and this model may tell us why. This a fascinating idea that could be analogous with the idea of a vital energy.

A similar use of biofields is the idea of biofield tuning. Practitioners believe that our bodies give off certain frequencies of energy and these can be different depending on our emotional state. These emotional frequencies can have different effects on a tuning fork.

A woman named Eileen Day McKusick was particularly sensitive to the different qualities of this sound and was thus able to identify which areas of the biofield emitted them. She was able to thus build a healing method around this by controlling these energies.

The use of touch in healing has been well explored. However, it is often common for energy healers, especially reiki healers to conduct their therapy without physical touch, instead hold their hands a few centimeters above the body. The argument is that you don’t need to make physical contact to influence energies. This would suggest there is an energy field or aura surrounding our bodies.

The use of both touch and non-touch therapies have been used for thousands of years across different cultures. Although there has not been much in terms of conclusive evidence for the effectiveness of this method of healing, some studies have found that with small sample sizes, there have been significant effects found. Other studies suggest that many of the positive outcomes may be the result of poor experimental design.

In general, many energy healing and alternative medicine types have been relabeled as biofield therapy. The practices of many of these vary, but meta-studies have shown that they do show moderate efficacy in certain areas, especially pain reduction. They have also been known to reduce the behavioral symptoms of dementia and reduce anxiety in hospital patients. Just because these therapy types show some effectiveness does not confirm the existence of a biofield as hypothesized by these healers.

Some studies have shown that just the act of giving care may be causing their effect. The researchers had “sham healers”, basically people with no knowledge of biofield therapy, conduct energy healing and they had similar results to the actual trained healer. There have been many studies that have shown the profound power of placebo. However, one could counter this argument by claiming that the placebo effect confirms the idea of a biofield as suggested by McCraty et. al.

Still, whether or not there exists an actual biofield or even a vital energy may be less important than their value as an analogy for something else that we may not understand yet. There exists the possibility that biofield therapists are tapping into something we have not discovered yet. Even if the biofield hypothesis proves false, by continuing to study it, we may gain greater understanding of other systems or models.