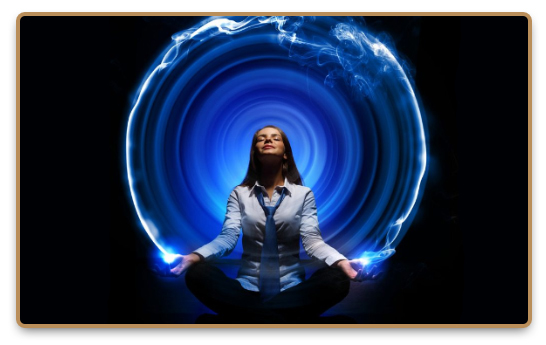 Aura is a field of energy that is believed to surround all living things. The nature of this energy field varies depending on the belief system behind it, but it is usually described as a vital energy such as chi or prana. Some describe auras as having different colors, based on a variety of factors including health, positivity of energy, or even personality.

Auras are something that most cannot perceive visually, although there are many psychics and energy healers who claim that they can see it. There are also certain medical conditions that can actually cause “auras” around things in their vision. Among these are some forms of epilepsy and migraine headaches.

There is little to suggest that the phenomenon that psychics and migraine sufferers are the same. Others have suggested that the seeing of auras could be a form of synaesthesia, which is a neurological condition that causes blending of sensory input. It has been shown that there is a correlation between seeing auras and other forms of synaesthesia as well as a connection between claims of being an aura-seer, lucid or waking dreams, and other psychic experiences.

The word itself is of Greek and Latin origin, meaning “wind” or “air in motion”. It was adopted to have a changing figurative meaning in English, starting in the eighteenth century when it meant an aroma surrounding a person. This developed into being related to one’s personality by the mid-nineteenth century. It was adopted by spiritualists to a meaning closer to how it is most commonly seen today as an actual energy given off by a person.

One of these spiritualists and Western popularizers of the concept of the aura as a field of vital energy surrounding our bodies was Charles Webster Leadbeater, an English priest who after a trip to India, began to mix his own beliefs with traditional Indian and tantric ones. These were described in his 1911 book, The Inner Life. His ideas would be cited by other thinkers as the century continued, finally gaining popularity in the new age scene in the 1980s. 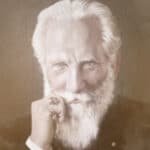 The chakras or force-centers are points of connection at which energy flows from one body of a man to another...all these wheels are perpetually rotating, and into the hub or open mouth of each force from a higher world is always flowing.

A lot of alternative medicine practitioners have adopted another model, or at the very least, another terminology to describe this field in a way that sounds more scientific and less fantastical: bioenergetic fields. Bioenergy is a real concept that is studied by science, but it is not the same usage as that of energy healers. Others use the term “human energy field” or HEF.

Many psychics claim that every living thing gives off an aura, sometimes even inanimate objects. There is a belief that this energy field can thus be read and interpreted to learn different information about a thing including health, personality, or emotions, and changes in these things can cause fluctuations in an aura’s appearance. One such example is the clarity of the field. Happy, healthy people may have bright, clear auras, but those who have psychological issues may have a murky appearance to their auras.

See How to Measure Aura Energy with a simple device.

Many alternative energy practices and energy healers have built the idea of auras into their belief system. In general, a belief in vital energies and auras go hand in hand. For example, reiki healers usually do not make contact with the physical body, but instead hold their hands a few centimeters away from the body so that they can manipulate the energy field around a person.

Despite the claims of many aura readers, scientists have struggled to find much of any empirical evidence and various studies have shown that aura readers cannot even do what they claim. Despite this, surveys in multiple countries show that about 5% of the population claims to see auras. Some of these people believe they can see them even when the sight of the person is blocked by a screen, but numerous studies have shown these claims to be false.

For example, Robert Loftin had an aura reader try to identify how many people stood behind a screen, while also controlling for sound and light differences. The psychics did no better than chance at completing the task.

Another experiment by Gissurarson and Gunnarsson in 1997 did a similar experiment using screens, but compared the performance with a control group of “normal” people. They also found that the “psychic” participants did as well as anyone else. Despite this, the authors of the study seemed to have little reason to doubt that the psychic believed they saw auras. Another experiment showed that that this energy field could not even be sensed tactiley by energy healers.

A young girl as a part of her school science project set up screens and asked energy healers to report if they could feel her energy field and determine if she was holding her hand near them or not. Their results suggested that any correct answers were just by chance. At the very least, these studies show that auras cannot be reliably sensed through screens.

In order to tackle the difficulty of researching such a phenomenon that is mostly self-reported, there has been the suggestion of differentiating between the different natures of auras. One idea proposed by Charles T. Tart in 1972 is that the only way we can really get a grip on it is to categorize different models or types of auras.

One is a physical aura which he postulates could be anything from vapor molecules, disruptions in air currents due to our body heat, or electromagnetic radiation surrounding our bodies. These have been scientifically measured. He doubts, however, that people are referring to these things when they say they can see auras (and other scientists also do not think that the electromagnetic field surrounding people can be our vital energy), although most people can sense the body heat of another from a few centimeters away.

Yet, he also does not completely reject the idea as possible. He also calls into question if this aura can be affected by our health or psychological states as psychics claim.

Therefore, he proposes another model: psychological or phenomenological aura. These fields are something created by their mind, a model in some way for the “airs” a person gives off. This is influenced by our emotions, personality, and how we carry ourselves. It is something that could very well be influenced by our health, helping it overlap with the concept proposed by the psychics. It is important to note that this aura is primarily about self-perception. He says that this is a well-studied phenomenon, but it is often labelled as “physical space” not “auras”, which do have a pseudoscientific connotation.

He also makes mention of a psychical aura, which is that which only a psychic can see. Though he does not disregard its existence, he believes it would be nearly impossible to study. However, by separating this from others can help design better studies.

The last is projected auras, which is how our psychological state may influence how we view others’ auras. There are different factors that could cause a person to see these. One of the most common is hallucinogenic or psychedelic drugs. People have been known to see auras around people under the influence of LSD, marijuana, psilocybin, or mescaline. He also suggests that this may be a way that some people process information about others, that this is just a visual model for a complex combination of sensory input.

I would like to challenge that even people who do not believe in psychic phenomena would be able to understand what is being communicated by describing a good or bad “aura” and there’s every possibility that some of these psychics are just using this model to process the world, even if they themselves deny this explanation.

Another practical suggestion of the true nature of our auras is that the bacteria and viruses that surround our bodies give off their own radiation, most likely electromagnetic in nature. This negative radiation might be the cause of disease. So if we can find a way to fight this with a more positive radiation, we can heal people. This idea is somewhat in line with that of energy healers.

There have been claims that one’s aura can be photographed using a method called Kirlian photography. The general method is to have a person stand before photographic paper while electromagnetic energy is passed through them. It was famously exhibited by photographs of a leaf’s alleged vital energy.

As the leaf died, so did the vibrancy of the aura surrounding it, thus suggesting that the Kirlian photographs actually visually captures an image of a living thing’s life force. This idea has been disproved though. The image was just the object’s corona and the aura’s decreasing strength was more exhibiting the loss of its moisture and thus its loss of conductivity.

The Protective Power of Auras

Some people believe that auras may have a protective element to them. That having a strong enough field around us may be able to ward off negative energies or spells being directed towards a person. This belief is mainly restricted to the occult.

Common use of the Word Aura

Whatever the nature of this phenomenon, the concept of auras is well-known and is an accepted word for describing a field or atmosphere around an object. This comes divorced from any belief in the supernatural.