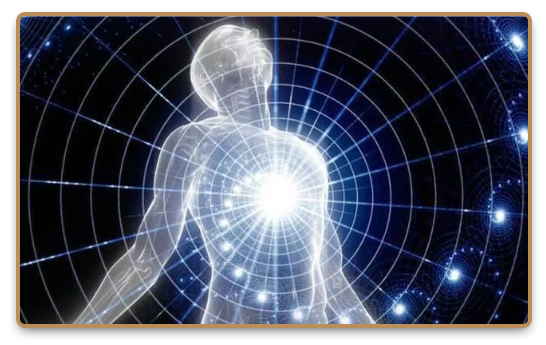 Etheric energy can refer to a number of related topics. Some are more esoteric concepts connected to New Age thought. “Etheric” refers to things composed of the matter or energy of the four-outer sub-layers of the physical world or body. It is thought to be of a transitional state between the body and spirit. Etheric energy is connected to the theosophical philosophy as developed originally by Helena Blavatsky.

Because her teachings were so closely connected to Hindu thought, it can be considered a possible analogous idea to prana. It has numerous applications to the belief structure behind energy healing. Within Greek and medieval thought, it was also used to describe a type of matter that made the heavens. Physics maintained this idea of similarly named, but altogether different concept of a type of matter through which certain energies travelled. 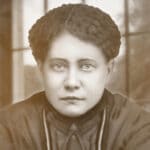 Science regards man as an aggregation of atoms temporarily united by a mysterious force called the life-principle. To the materialist the only difference between a living and a dead body is, that in the one case that force is active, in the other latent. When it is extinct or entirely latent, the molecules obey a superior attraction, which draws them asunder and scatters them through space. This dispersion must be death, if it is possible to conceive such a thing as death where the very molecules of the dead body manifest an intense vital energy.

Aether or Ether as an Element

The term is originally derived from the Greek concept of Aether or Ether. It meant at one point “clear sky” or “fresh air”. In the context of their mythology, it took a different meaning. There was thought to be three types of air, but aether was the purest and existed in the realm of the gods and was their essence. It was personified by the god Aether.

In later Greek philosophy, the mortal world was thought to be made of four primary elements: fire, earth, water, and air. Aristotle described a fifth type of element that moved in an orbit was said to be the element that made up of the heavens. This element later came to be called aether, even though he had not used that word himself to describe it. This concept persisted through Medieval times. Even though we structure our universe differently now, the English language still uses ether to refer to the heavens above us.

See How to Measure Etheric Force with a simple device.

For many years, aether was used to refer to another scientific concept: the medium through which electromagnetic or gravitational forces travelled. However, relativity theory and other advances in physics have rendered this use of the term obsolete, suggesting that these forces can have effect through a vacuum, though some may see it as a possible model for dark matter or energy.

The term “etheric body” was adopted by theosophical philosophy in the early-twentieth century to denote one of the seven parts or layers of the human body. However, founder Helena Blavatsky used the term astral body in her writings. It was her followers Annie Besant and C.W.

Leadbeater first used the actual term in their writing. Basically, it was the closest subtle (or energy-based) part of the body to the physical plane. It marks a transitional point between our flesh body and spirit body. This can be used almost as a synonym for aura. They even suggested that there is an entire plane of existence composed of etheric energy or matter.

Another thinker, Alice Bailey, continued to build upon a lot of theosophical beliefs and expanded the thinking on etheric energy, proving to be extremely influential on New Age thinking.

Given that for hundreds of years, it was considered one of the most important elements of the universe, aether has helped drive scientific development, even if the model was eventually discarded. Likewise, in physics, aether theory was instrumental in helping us understand the universe.

Some thinkers and scientists have not dispensed with aether theory altogether. One of the most prominent is Wilhelm Reich whose own orgone theory resembles aether theory in a way. The Centre for Implosion Research is an organization that does various studies to help define how a modern concept of etheric energy may fit into a more modern view of the world.

Their definition of aether seems to be a mix of many of the models listed above, including the Greek model as it being a type of matter through which the planets move. Since it is always spinning, this explains the spinning of the heavenly bodies. They argue that this energy moves at a specific frequency that resonates with our bodies.

Famous energy healer Barbara Ann Brennan argued for a similar idea. One is in good health when their frequencies are in harmony. There is the possibility that all the electromagnetic waves in the atmosphere due to our increasing use of technology may have possible negative effects on our health. They propose that there are devices that may help put their etheric energy in harmony again.

The World Health Organization, however, reports that there are no adverse effects to low-grade electromagnetic waves and any sensitivity to it may be psychosomatic.

The Centre for Implosion Research is not the only group attempting to explore the connection between a possible etheric energy and our health. One is Harmonic Healing, which seems to be a holistic approach on how a healthy lifestyle and diet can have a positive effect on one’s life and subtle energies.

Another is Yin and Yang healing, which has a very similar idea, using etheric energy as just another synonym for prana or chi. For the most part, many of these healing methods seem to be interchangeable.

It seems to be obvious that any health system that promotes a healthy lifestyle should find positive effects, whether there is an energy field around us or not.

Arguers for esoteric thinking, especially in relation to help put a lot of weight on the importance of a human energy field. They believe that the root of most sickness comes from some sort of disruption, blockage, or problem with our energy. They argue that modern medicine alone is not sufficient to heal a large number of our disorders, even physical ones. It is by finding some way to influence etheric energy that will truly allow one to achieve healing.

One such method is to engage in some method of energy healing, for example reiki. The fact that some of these energy methods have found significant results in some studies, despite the lack of physical touch, suggests that there may be an etheric body that can be influenced by others.

Some thinkers like to liken etheric energy to the human energy fields or biofields. There have been studies that suggest that there are certain energy frequencies that surround the body. Some postulate that this may be its own physiological system and controls how various cell types communicate with one other throughout the body. It has been hypothesized that the heart may control this system and it is particularly influenced by not just our emotions, but those of others.

These shifts in medical thinking may give credence to those who have argued for the existence of an energy or etheric body that connects living things together. This remains an exciting direction for medical research.

We are all Connected to Each Other

Etheric Energy as a Research Model

Much as the study of the earlier uses of the term aether lead to scientific advances that disprove the concept itself. There seems to be no harm in delving deeper into other areas of thought connected to etheric energy or the etheric body. There exists the possibility that the effects that energy healers have found may be tapping into a yet undiscovered scientific principle that may have beneficial implications for our lives.