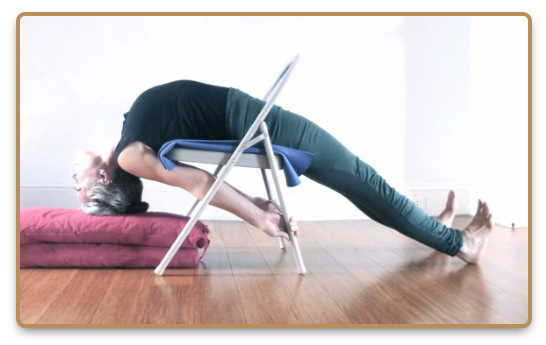 Iyengar yoga is an offshoot of hatha yoga that has a particular focus on proper alignment and position when doing the various asanas. It is believed that the balance of the mind comes from a correct balance of the body.

Students of Iyengar yoga can find the right alignment through the use of props that can help students hold the correct position despite lacking the flexibility to do it unassisted. These props include blankets, straps, and blocks. This makes many of the asanas accessible to everyone, not just those who are experienced or flexible. It differs from the other styles of yoga by it’s extreme focus on the fine details of the asanas.

Iyengar yoga was created by Bellur Krishnamachar Sundararaja (B.K.S) Iyengar. He began practising yoga as a teenager to help him manage a myriad of health issues. He learned directly from the “father of modern yoga”, his brother-in-law Tirumalai Krishnamacharya.

Due to the positive effects he found from his practice, he moved to Pune to begin teaching it himself. His particular brand of yoga had become very popular by the 1950s and it led to him writing his classic Light On Yoga in 1966, which has gone on to sell more than 3 million copies around the world.

One thing that set Iyengar’s brand of yoga apart from the others was its lack of a focus on esoteric beliefs and secular presentation, making it much more accessible for Westerners. This led to a revolution of seeing yoga as a form of exercise instead of a quasi-religion. This made him oft-criticized, many claiming that Iyengar yoga was a “body-only” style, but he disagreed. He thought that alignment was the gateway to physical, mental, and spiritual balance.

He also made sure that his teachers were rigorously trained in all the proper alignments. An education as a teacher of Iyengar yoga takes up at least two years of study and all students are expected to have practised for at least six years before beginning their training. His teaching of proper alignment has led to our modern conception of the correct way to do many of the poses. 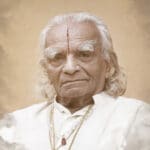 Yoga is the method by which the restless mind is calmed And the energy directed into constructive channels.

Origin of Props in Iyengar Yoga

Much of Iyengar’s style is based upon the general teaching of his brother-in-law Tirumalai Krishnamacharya, incorporating positions like sun-salutations and the triangle pose that were previously not a part of the yoga sutras. Iyengar went to Pune to spread the teachings of his famous tutor, but due to the danger of injury from forcing people prematurely into difficult positions, he began utilizing props to ensure that people were maintaining proper alignment, a feature of the style still used today.

What to Expect at Iyengar Yoga Classes

Although the actual poses chosen by each teacher can vary from class to class, given the intensive training of the teachers and the focus on the finer details of alignment, the asanas themselves should not vary, no matter where in the world the class is held.

Typically, beginners classes will focus on standing postures first, and through the use of blocks and straps, will teach students the proper posture before they are able to do it unassisted.

See How to Practice Iyengar Yoga with a simple device.

Iyengar yoga classes are usually slower than in other types of yoga. Students are expected to hold the asanas for a longer amount of time in a “quality over quantity” approach. Classes often end with postures to re-energize the student. Practitioners are expected to develop a strong foundation of the basics before moving onto more complicated postures.

Iyengar and the Eight-limbs of Yoga

Even though it is seen as primarily a physical practice, Iyengar does recognize all the eight-limbs of yoga: “yama”, or moral codes; “niyama”, self-purification and study; “asana”, or posture; “pranayama”, or breath control; “pratyahara”, or sense control; “dharana”, or concentration; “dhyana”, or meditation; and “samadhi”, or contemplation.

The general idea is that by learning how to do the asanas, this can help learners gain health in the other area such as the mind and spirit. Like most asana practices, it also makes sure that the poses are combined with proper breathing techniques to get the most from pranayama.

Iyengar Yoga is an Effective Type of Exercise

Like other forms of yoga, Iyengar yoga can be viewed as an effective type of exercise. Given its slower pace, it is likely ineffective as cardiovascular exercise, but this makes it more accessible to people than some other, more intense forms of yoga.

Because of its well-funded research institute, Iyengar is among the better studied styles of yoga and there have numerous papers written about the possible applications for it on a variety of ailments.

The link between mental health and yoga has been investigated with mostly positive results. Yoga takes a lot of concentration and it has been shown that a regular practice can sharpen the mind and it may also help improve coordination and balance.

Other studies suggest that yoga may be effective in the treatment of anxiety and depression, or at least cause an improvement in self-reported mood both before and after class.

Researchers have also looked into the possible beneficial effects of yoga for physical ailments. Some studies suggest that practising Iyengar yoga may improve self-reported quality of life in sufferers of osteoarthritis of the knee. There seems to be a strong link between the reduction of chronic lower back pain and the practice of Iyengar yoga. Some studies have shown that yoga can help improve sexual functioning in both men and women, which goes in line with what the yoga Sutras say as well.

This particular style of yoga can be seen as a type of “moving meditation” and despite being effective as a type of exercise, can be calming to people, like many forms of meditation. Given the dangerous effects of stress on the body, most cortisol-lowering strategies are seen as beneficial.

Iyengar is Among the Safest Style of Yoga

Because of its use of props and careful adjustments to get students into a proper position, it may be among the safer styles of yoga. It is a style interested in reducing injury. Even people with some minor injuries may be able to get benefit from the various positions without worry of further damage.

Also, because of the experience and high level of training that teachers of Iyengar receive, they are more likely to have knowledge of harmful yoga practices and how to avoid them. Also, since it is not as highly structured in its sequencing as an ashtanga yoga course, the teacher has the freedom to tailor the class to fit the limitations and skills of the students.