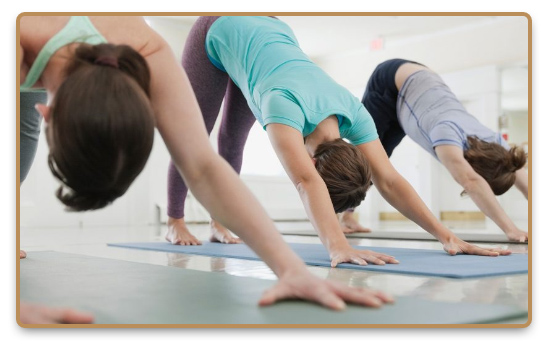 Hatha yoga or one of its children is typically what most modern practitioners of yoga refer to when they talk of yoga. The term itself can have a myriad of meanings and connotations. Although it has a more specific meaning traditionally, it is often used as a catch-all term for yoga that doesn’t comfortably fit with a specific style. It is often slower-paced and less intense, and will place a focus on holding positions over transitions.

Usually, the term is used to highlight that it is a physical practice, instead of the mental practice described by raja yoga. Both styles should be done together, especially since hatha yoga is excellent at preparing the body for the extended periods one spends sitting during meditation. Hatha yoga pioneer Swatmarama even said that hatha yoga without meditation is pointless.

The Evolution of Hatha Yoga

The word hatha comes from two Sandskrit roots, “ha” and “tha”, which mean “sun” and “moon” respectively, and this highlights the goal of yoga, which is to find balance. It can also mean “forced.”

Traditional hatha yoga is based upon three main medieval Indian works: Hatha yoga Pradipika, Gherenda Samhita, and Shiva Samhita. The first is probably the most well renowned. It was written by Swatmarama in the 15th century CE. It is not, however, the first work on hatha yoga, which has been said to date as far back as the first century and has developed slowly since then. The tenth century guru, Matsyendra, is often considered the founder of the practice.

Our modern conception of the practice is highly influenced by the work and teachings of Tirumalai Krishnamacharya who expanded on many of the postures and helped encourage the idea of yoga as a form of exercise. Among his followers are yoga pioneers K. Pattabhi Jois and B. K. S. Iyengar. 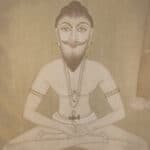 The science of Hatha should be kept top secret by the yogi desirous of success. It is potent when concealed and impotent when revealed. The Hatha yogi should live in a secluded hut free of stones, fire, and dampness to a distance of four cubits in a country that is properly governed, virtuous, prosperous, and peaceful.

The most famous aspect of Hatha yoga is arguably the practice of the asanas, or postures. It could be argued that many people see the postures as being yoga itself. The word “asana” originally meant “sitting method” suggesting that they mostly evolved from the way people sat during meditation. The number of postures employed in yoga can be daunting.

Some earlier texts, such as Ghernada Samhita have said that there are thousands of postures, though only 32 are of any use to a normal person. It is important when practicing the asanas that one keeps their breath continuous and regular. The difficulty of the positions can range from impossible to accessible for most people. A main idea is that yoga should be open for everyone, despite it’s high ceiling for performance.

Yogis are encouraged to breathe through the nose instead of the mouth. Asanas are typically done on the floor or outside on a flat surface with either a thin yoga mat or a blanket to help with comfort. One should try to find a place free of distractions.

See How to Practice Hatha Yoga with a simple device.

Practitioners should wear either flexible or light-fitting clothing that allows free movement. One should put themselves in a mindset of relaxed concentration. The positions are meant to prepare the body for relaxation after all. With practice, people often find many of the asanas to be easier and easier allowing them to hold the positions for longer periods of time.

The scope of hatha yoga extends well beyond the asanas. As much as the asanas can be used as a form of exercise, older texts on hatha yoga express the importance of connecting both the body and mind. The Hatha Yoga Pradipika describes one of the most powerful positions for relaxation, savasana, or corpse pose. It is a bit more involved than just lying on the back. One should lie with the legs spread comfortably and arms to the side with the palms facing up. Much like during an asana practice, one should breathe continuously and deeply through the nostrils.

Practitioners should scan their body up down in search of points of tension and actively try to relax those areas. Some have found success from actively tightening those muscles, then letting them go. When the tension is released, these points should suddenly feel heavier. This is not just a tool to relax the body, but also the mind. With proper attention to the flow of breath in and out, one should find the brain following suit with the body.

Despite the prominence of asana practice in current yoga styles, the single most important aspect is the practice of pranayama or breathing exercises. Hatha yoga’s name even implies breathing as a “ha” or “sun breath” is through the right nostril, and the left nostril is the “tha” or “moon breath”.

According to The Hatha Yoga Pradipika, pranayama is composed of three components: “puraka”, “recaka”, and “kumbhaka”, or inhalation, exhalation, and retention respectively. When breathing in, it is important to fill the lungs completely and expand the diaphragm and thoracic cavity to allow room for air, but be sure not to over-inhale. It should be comfortable. Suspending breath with full lungs is also encouraged, but one needs to train themselves to reach longer periods of time.

“Kumbhaka” should be practiced while locking the various “bandhas” or binds of our body, such as gently constricting the glottis, lowering the chin, and the tensing muscles of the abdomen.

“Pranayama” is usually practiced while in a cross-legged seated position, typically lotus, half-lotus, or the perfect posture. Keep in mind that traditional hatha yoga has a variety of breathing exercises.

The Hatha Yoga Pradipika and Gheranda Samhita both describe a practice of six “kriyas” or hygiene practices that are important for anyone practicing hatha yoga. Some of these are practiced by westerners today, but a good number may seem extreme and esoteric to many.

The first is “dhauti” or washing, which includes some odd-seeming practices such as swallowing a length of cloth, then pulling it up after 15 minutes to clean the stomach, or passing air through the digestive tract. It also discusses cleaning the teeth or clearing the ear canal with our fingers.

“Neti” or nasal cleansing is still practiced by many today.

“Trataka” is the cleaning of the eyes, where one stares at an object until the eyes begin to water.

“Vasti” and “basti” are the cleansing of the urethra or bowels by taking in water, then releasing it.

“Kapalbhati” is a cleansing breath, similar to some of the pranayama practices described above.

“Lauliki” is a practice of abdominal rolling, or breathing out air from the abdomen, then rolling the abdominal muscles laterally.

“Nauli” or recti isolation is somewhat similar, but you isolate the muscles running up and down the abdomen.

The medieval hatha yoga texts put a special mention on diet or “mitahara”. Though there is little discussion of the specific foods one should eat, they do recommend that people not eat to excess, leaving about a quarter of the stomach free after a meal for the intake of water. One should also not be driven by cravings, but seek foods that are nutritious and tasty.

Keep in mind that traditional hatha yoga as described above does differ from the typical “hatha yoga” classes one finds at a gym. The purpose of many of these are exercise. When attending a class, one should expect it to be primarily asana-based, but with some meditation and pranayama practice.

Studies have shown that the asanas of a hatha yoga practice can have numerous health benefits. It is considered to be an effective type of exercise that can help one lose weight, but it’s cardiovascular benefit depends on the pace. It can help one improve strength and flexibility. Hatha-based yoga styles have been shown to help reduce chronic back and neck pain. In general, people should ease into an asana practice and not attempt advanced postures unless they are under the supervision of an experienced teacher.

Pranayama has a Myriad of Benefits

For example, breath control is believed to increase one’s metabolism. Many people do not breath with full efficiency, and by explicitly leaning to control one’s breath can help one achieve healthy breathing even when not focusing directly on it.

Some suggest the retaining of breath as in “kumbhaka” can have a cleansing effect on the lungs and help aerate the alveoli. By holding the breath, it gives an opportunity for fresh oxygen rich air to blend with oxygen depleted air remaining in the lungs and help increase the overall amount of oxygen reaching our bloodstream.

Naturally, it should improve your breathing and lung function. Some studies have found pranayama can reduce blood pressure and help improve sleep.

Despite the benefits, yoga masters warn that pranayama can be dangerous to those without experience and practitioners should build up slowly to more advanced techniques.

Benefits of Nauli and Lauliki

The practice of “nauli” and “lauliki” can have many positive effects on the body. They can tone the abdominal muscles, improve digestion and bowel function and massage the organs of the abdominal cavity. They have also been said to help awaken kundalini energy, which is a potential path to spiritual enlightenment.

The role yoga in general can play on emotional and mental health has been explored by a range of studies. Some have argued that yoga can improve concentration, coordination, and balance. Some studies have shown that yoga can be used as an effective supplementary treatment for depression and anxiety, and may temporarily improve one’s mood.

Hatha yoga has been shown to improve relaxation, especially with regular meditation practice integrated. Cortisol has been shown to have a negative effect on the immune system, so it is encouraged to seek out healthy behaviors that may reduce one’s amount of stress.