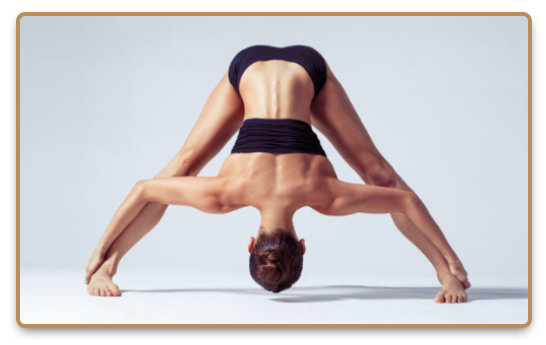 Bikram yoga is an extremely popular style of yoga as exercise, that at its peak had as many as 1,600 studios around the world. It is defined by its set sequence of 26 postures, plus two rounds of pranayama, practiced in a room heated to 40 °C (104 °F), to help simulate the environment of the founder’s homeland in India. Despite its popularity, Bikram yoga has seen a lot of controversy over the years.

The Rise and Fall of Yoga Legend Choudhury Bikram

It was created by Choudhury Bikram in California in the early-1970s. The details of Bikram’s early life are unclear, mainly due to a series of bold claims, many of which have proven to be false. He asserts that he studied yoga in Kolkata under Bishnu Caran Ghosh, from whom he learned a vast number of asanas, eventually settling on the 26 he felt were the most beneficial.

An avid car lover, he considers these core Bikram yoga asanas to be a “tune up” for the body. He has been accused of stealing his sequence from a pamphlet published by Ghosh.

Other famous claims are that he got his green card as a gift from president Nixon for healing a leg injury, or that Elvis wanted him to help him learn Bikram yoga, only to die before getting the chance.

Bikram has been accused of numerous acts of sexual abuse and rape by his students. He lost a tort case by his lawyer who accused him of malice, fraud, and unlawful termination. Ordered to pay a large settlement, Bikram fled the country. He has yet to be extradited and continues to hold yoga teaching seminars around the world. 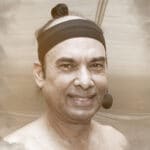 Yoga is the only exercise on this planet from which you gain energy instead of burning energy.

Many studios have chosen to no longer use Bikram’s name for their classes after his legal troubles. There are aspects of his style that have been influential on yoga practice in general, namely the heat, but not everyone prescribes to his 26 pose sequence. Instead of being called Bikram yoga, they are often labelled as “hot yoga”. Some other popular hot yoga styles are Moksha yoga, Modo yoga, Baptiste Power Vinyasa, and Corepower Yoga.

The signature series of 26 postures are done twice, separated by a short time in savasana, or corpse pose. Altogether, it takes about 90 minutes to complete the whole sequence. The classes are practiced in a 40 °C room.

Due to the number of people sweating and exercising, the room often becomes very humid. Many complain about the smell of all the sweaty bodies. Bikram yoga must be practiced in a room with mirrors in the front. No music is allowed and students are not allowed to talk during the class.

See How to Practice Bikram Yoga with a simple device.

Bikram has a very tight control on his brand and teaches the sequence himself in giant nine-week retreats to help make sure that his name is well-protected and quality is maintained. Teachers are expected to recertify every three years. Some claim that this is not enough time to safely train teachers.

He had on numerous occasions tried to trademark his style of yoga. However, courts have ruled that yoga poses cannot be copyrighted. His name, however, can be. This has led some to bestow the nickname “McYoga” to Bikram yoga, as there are hundreds of Bikram yoga studios around the world. This strict branding and control over his name has led to a lot of criticism within the yoga community who views yoga a spiritual practice. He’s made a ton of money, but his entrepreneurial focus goes against the very idea of yoga.

Unlike other types of yoga, Bikram yoga can almost be seen as egotistical, a competition even. It is devoid of many of the spiritual aspects that may make a typical yoga practice inaccessible to many Westerners, especially sceptics. His version, however, is just another type of workout albeit a very popular and profitable one.

After a series of sexual misconduct allegations were aimed towards Bikram, many of his former students have dropped his name from their studios in an attempt to distance themselves. There are also other forms of similar styles of yoga which practice in heated rooms, but do not strictly adhere to Bikram’s 26 pose sequence. These styles are often listed as simply “hot yoga”, which is not a strictly controlled name.

The Benefits of Bikram Yoga for Physical Fitness

Many of the benefits claimed by practitioners have been debated. There seems to be some scientific backing on its claims as an effective workout and yoga in general has been shown to be an beneficial form of exercise.

Bikram yoga in particular may be quite effective in numerous areas of physical fitness. Studies show that it is good at improving lower body strength and can have a positive effect on balance and range of motion.

There is often talk of how hot yoga classes have a special ability to detoxify people, namely because of a belief that sweating is a vehicle for the body to extract toxins such as lead, mercury, and arsenic. Despite the claims, there is a counter argument that most toxins in the body are cleansed by the liver, kidneys, and intestines, and thus excreted through urine and feces.

However, most people seem to agree that sweating can make a person feel refreshed. Some claim that sweating cleanses the pores and is very good for skin health, leaving one “glowing”.

It may have other health benefits as well. There is a suggestion that it may increase glucose tolerance and decrease some of the risk factors for diabetes. It can also cause a decrease in total cholesterol. It has been shown that Bikram yoga may increase bone density, which can suggest a possible link to preventing osteoporosis.

However, people with bone issues are recommended to either avoid or be careful when doing yoga. Hatha Yoga in general can be beneficial for the heart and this has shown to be independent of the introduction of a heated environment.

Like other types of yoga, some studies suggest that it may increase mindfulness, and due to this, may reduce perceived stress. The stress relief caused by a regular yoga routine can be seen as generally beneficial to one’s health. Studies have shown that yoga may be an effective supplemental treatment for depression and anxiety. However, some claim that classes taught specifically by Bikram himself can be a bit stressful for some.

Danger of Bikram Yoga and Other Forms of Hot Yoga

Because of the dangers of doing strenuous exercise in elevated heat, it is recommended that one speaks to a doctor before starting any hot yoga regimen. This form of exercise does come with the risk of increasing one’s body temperature and dehydration and dangerous exhaustion due to heat is a significant risk. It is highly recommended that people properly hydrate before and after any hot yoga class to help mitigate these risks.

However, avoid drinking too much water during the class because it could cause bloating that may make some of the asanas uncomfortable. Due to the profuse sweating common for the class, there has been a case study of a woman drinking so much water after a hot yoga class that she needed to be hospitalized. It is recommended not to eat two hours before a class.

It’s a good idea for students to have special non-slip mats or some sort of cover for their mats. This can help reduce the risk of injury from slipping. Students will often wear tighter fitting clothing as loose, sweat-soaked clothing can hang down and pose a tripping risk. Cotton is not recommended because it can become too hot for some. Shorts are also not the best choice because sweat can make the skin slippery when doing tree or crow poses. A headband or bandanna could be a good idea to keep sweat from running into your eyes.