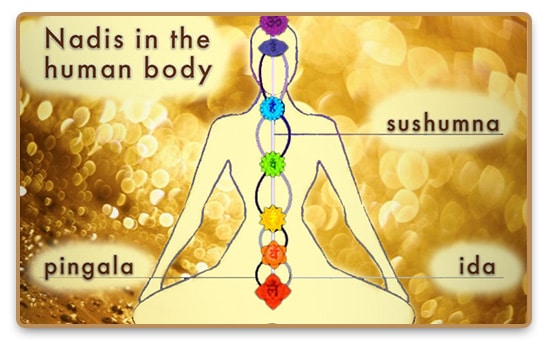 Esoteric healing is generally viewed as a wide-ranging area of treatments that lie outside of the typically accepted paradigms of conventional medicine. They are generally linked to a belief in a body’s energy system as regulated through nadis and chakras, but not exclusively.

Although there are many methods of esoteric healing and the term itself refers more to a category where many alternative forms of medicine are lumped. One of the first writers to delve into the term was writer Alice Bailey. She wrote on a large number of subjects related to alternative and new age thinking and she has said that much of her work was relayed telepathically to her by a master of wisdom. She later revealed this master to be Djwal Khul (or DK he’s often known), a Tibetan spiritualist who has been linked to various new age and esoteric movements including theosophy. 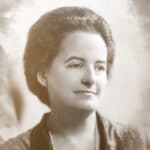 Healing does not come through intense affirmation of divinity, or by simply pouring out love and the expression of a vague mysticism.It comes through mastering an exact science of contact, impression, of invocation plus an understanding of the subtle apparatus of the etheric vehicle.

According to her writings, the general idea is that our physical body is merely the outer coating of a more complex model of the self. This “sheath” is prone to all kinds of diseases and ailments. Western medicine has made great strides and advances in treating the ailments of our external body. She doesn’t seem to argue that modern conventional medicine is ineffective at healing what most understand as “disease”. The main problem is that much of our diseases are merely physical manifestations of deeper problems within our other forms of self. Since modern medicine does not treat our soul or our energies, it is destined to fail at true, complete healing. This is where esoteric healing comes in.

In addition to our outer bodies, we have an inner body that is beyond the comprehension of the mind. Therefore, science cannot facilitate an effective treatment for our inner ailments. Our outer-bodies are fragile and they themselves are destined to die, thus they influence the soul to “seek death”. The ultimate goal is to free the powerful inner-body from our weak outer-body. People also carry with them the evils of the past that get passed on again and again and accumulate, causing further ailments.

Alice Bailey’s ideas were further built upon by philosopher Brenda Johnston. Working with radar scientist Rex Riant, they believed they had found points of light as proof of a measurable energy field around people. Johnson worked with various healers to help pinpoint congested areas of our energies and ways of improving energy flow.

According to her findings, these disruptions of our energies are the root cause of a large number of ailments. Her teachings have gained steam over the years and a group of her followers set up the International Network of Esoteric Healing (INEH), which operates in 16 countries and helps healers master the art of these various types of treatment.

Healing of The Chakras

Our energy body is called our etheric body and this is the primary focus of esoteric healing. The energy of our body flows through a series of pathways called nadis, which are very similar to our nervous network or blood vessels, only they focus on energy. The nadis meet at the typical acupuncture points and the primary concentration hubs of our nadis are the chakras.

Healers can help find places in which the energies of our subtle bodies are out of balance, then through laying of hands or holding hands on the outside of the body, close to the strongest areas of our auras, can redirect the flow of energy to the correct pathways.

See How to Measure Chakra Healing Energy with a simple device.

An imbalance of energy can cause spiritual problems, which in turn have a negative influence on our emotions and psychology. Then this has a negative effect on our body. This is because there is a close connection between our nervous system and our energy system.

Proper chakra healing can help us with these issues. Imbalances in our chakras can have a number of causes, but one is trauma and bad karma. This belief is in line with the ideas of Alice Bailey mentioned above. Negative experiences can cause our energies to get clogged or slowed down.

Different chakras are connected to different areas of our body and different organ systems. Understanding this can help healers know which chakra needs the most attention and work. Esoteric healing practitioners believe that these ideas are nothing new and stretch back well before the writings of Alice Bailey and DK, and esoteric healing has been used in Eastern medical traditions for thousands of years.

Many esoteric healers see a variety of alternative medicines as manipulating the same types of energy. Many of these esoteric healing methods will be described more in depth in other articles on this site, but here is a general overview of some of the methods connected to esoteric healing and how they function.

One such method is Crystal Healing, which is the placing of a crystal upon a chakra point. According to practitioners, certain crystals give over vibrations that can help positively influence the energy fields around our bodies. They also encourage positive energies and ward off negative energy. Different types of gems and crystals allegedly have different effects.

Another is Reiki, in which a healer places their hands either on or close to a patient and channels vital energy throughout their body to help it heal itself. Even practitioners argue that much of the positive effects of reiki are from the relaxation-inducing qualities.

Some esoteric healers have tried to marry the ideas of Alice Bailey and DK with quantum physics in an attempt to legitimize the existence of energy. The argument is that quanta are actually a manifestation of the vibrations of our energies. Quantum Healing has been espoused by famous mystic Deepak Chopra.

Other therapists believe that acupuncture and acupressure treatment manipulates energy in a similar way to the more “hands-off” techniques related to esoteric healing. Some acupuncturists believe that a energy force called qi / chi that flows through our bodies and many of our ailments comes from issues with this energy.

By inserting needles at particular energy points where the meridians meet (not unlike the nadis mentioned above), therapists can help fix these problems that stem from this energy. Acupressure is similar to acupuncture, but instead of using needles, therapists use tools or their own hands to manipulate the meridian intersections.

There has been little scientific evidence of a measurable life-force surrounding living things, but many argue that despite this, auras do actually exist. Esoteric healers claim that this is evidence of our “prana”, “qi”, or “life force”, but physicists are predictably skeptical. They argue that this is just predictable electromagnetic radiation that surrounds our bodies. Some may argue that these are one and the same.

Many esoteric healing practitioners have been reluctant in the past to take part in controlled studies such as this, but some feel that given Emily was a small girl, she posed less of a threat. At the time, she was the youngest person to ever have a scientific paper printed in a journal.

There has been little scientific evidence for the proposed advantages of Crystal Healing, but few believe it is harmful and it may cause stress relief, which is ultimately therapeutic.

Reiki has also had little evidence of its effectiveness beyond the placebo effect, but given the nature of reiki, it is very hard to design an effective clinical trial. Despite this, many people find benefit from reiki and at the very least, it can be a relaxing and stress-relieving experience.

Acupressure has shown some promising positive effects, namely in controlling nausea, pain reduction, and reducing insomnia. The proven effectiveness of this healing method doesn’t necessarily imply the existence of an energy system in our body or prove the theoretical basis underlying esoteric healing.

Ultimately, most forms of esoteric healing have been pretty resistant to scientific study. Much of these healing methods are difficult to measure as it is sold as being an almost unmeasurable energy that is beyond comprehension using current technology and theoretical models. It seems unlikely that most believers in esoteric healing are concerned with whether their methods are supported by conventional science or not. In general, there are many testimonials on its effectiveness and it is often used as a “complementary” medicine in concert with mainstream medicine or just one part of a holistic healing practice.

Esoteric healing methods such as chakra alignment, energy healing, and crystal healing may have a certain benefit on one’s health. These methods often have a strong relaxation component, and even if they only employ a placebo effect, it has the possibility of reducing stress. In general, the reduction of cortisol has many positive effects on our health.