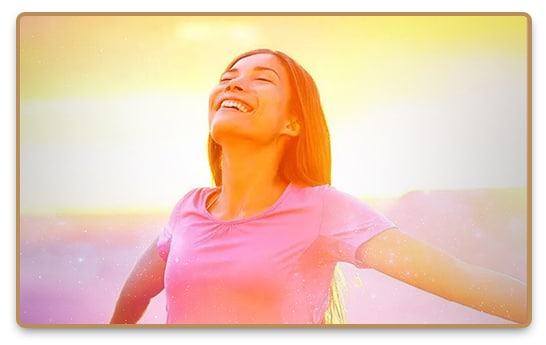 Mental healing is generally defined by the concept that many of our physical ailments are either caused by or can be healed by the power of our thoughts.

The concept of our brains as magnificent objects with the power to influence the world is nothing novel nor groundbreaking. Even as far back as Ancient Greece, it was argued that there is a strong connection between a healthy mind and body. However, the strength of this effect seems to have no concrete consensus.

Practitioners of mental healing encourage their patients to break their negative thought patterns and replace them with positive patterns in an attempt to benefit their physical health. They believe that mental healing is something that can actually have a holistic result.

One of the strongest mechanisms of mental healing is visualization, which is to fixate on a mental picture of a positive outcome one wants to achieve. In the case of mental healing, this image would be of wellness. For example, one could spend their time either alone or directed, and imagine themselves in perfect health. For cancer, sometimes patients are encouraged to visualize healthy cells replacing the cancerous ones. Another visualization method is to imagine one’s disease or pain as a concrete object, which once given a form, can be removed. This is one of a few exercises that utilize meditation to reduce pain.

The other main method of mental healing is the use of affirmations. These are similar to visualization, only instead of focusing on an image, they focus on a particular thought. Practitioners are encouraged to repeat, write down, or continuously think a specific positive idea. Affirmations do not only need to come from within, but can be fed through inspirational speeches, lectures, videos, classes, or through mantra chanting in groups. The repetition eventually becomes internalized and accepted. Supporters of affirmations hold true that when one believes something, it becomes reality. The parallels to this and spiritual healing or prayer are evident.

The main role of a mental healing therapist is to facilitate thought-restructuring, and to help lead visualization and affirmations. For example, one could take the statement, “There are so many terrible things in my life,” and package it as “There are so many challenges in my life”. The first statement is devoid of control, the second leaves open the possibility that one can fix their problems. This process is very similar to psychotherapy or cognitive-behavioral therapy, except the focus is on the health of the body, not the mind. And in the mindset of mental healing, both can be seen as one and the same.

Belief in this type of mental healing therapy has roots in various theories that are held to popular esteem. The idea of the Power of Attraction has been widely believed and remains a part of the social consciousness as shown by the runaway success of books such as Rhonda Byrne’s The Secret. The general idea is that positive thought attracts positive outcomes and vise versa. This idea has been touted in numerous self help books over the years including the 1910 book The Science of Getting Rich. 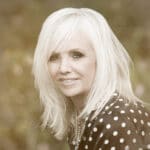 You are energy, and energy cannot be created or destroyed. Energy just changes form. And that means You! The true essence of You, the pure energy of You, has always been and always will be. You can never not be.

The ideas of Mental healing was also addressed in the hit film What the Bleep do we Know?! The film argued a new age interpretation of quantum theory often labeled quantum mysticism. In a loose interpretation of Schrodinger’s ideas, it is argued that consciousness fixes a reality of our choice. The film also argued that merely observing something changes it, thus proving the power of consciousness. It has also been argued that because we live in an infinite universe or infinite possibilities, entering into the universe of our choice is just a function of observing the one we want.

A lot of the ideas espoused by mental healing practitioners are fraught with pseudoscience, however, the general concept is not without its merits.

As mentioned above, mental healing resembles closely the techniques of psychotherapy and cognitive-behavioral therapy. The general process is to help patients reevaluate their negative thought loops and replace them with healthier cognitive patterns.

Psychotherapy has been officially recognized by the APA as an effective strategy for the treatment of numerous mental disorders. Skeptics could argue that using the effectiveness of psychotherapy has no bearing on the efficacy of mental healing, but there is a connection. It is a widely held belief by psychiatrists that a vast majority of mental illness is caused by chemical imbalances within the brain.

Affirmations have also been shown to have a positive effect on those who have a high self-esteem. Therefore, the efficacy of psychotherapy and cognitive-behavioral therapy shows that our thoughts are able to have a physiological effect. Extending this to say that our thoughts have power over all internal functions of our body is a fallacy, however, it does offer some intriguing ideas worth investigating.

This mind-body connection has been explored quite a bit in psychology and physiology. Some argue that stress has a direct effect on numerous diseases such as diabetes, heart disease, and even cancer.

Techniques such as meditations, positive thinking, and affirmations can significantly reduce stress and thus prevent the stress-caused factors of these issues. Cortisol, one of the main hormones responsible for stress, is known to suppress the immune system and cause inflammation, which has a known connection to cancer formation. It can thus be argued that by reducing our cortisol and other stress hormone levels, we can avoid their immune-compromising and inflammation-causes effects. This in turn could reduce our chances of cancer and aid in our ability to fight disease.

A 2012 study showed that transcendental meditation can reduce the risk of heart disease and stroke. It has also been shown that people do have the ability to control their heart rates, another example of how our minds can control our physiological functioning. The most famous case is of Pavlov’s dogs, showing that physiological responses such as salivation can be a learned behavior based on external stimuli.

Again, it would be a fallacy to extend this argument to say that our thoughts directly control our susceptibility and ability to fight disease in all cases, but it is worth further exploration. It appears to be a well-researched topic and does give some backing to some of the more realistic arguments connected to mental healing.

The Use of The Brain to Control Pain Reflexes

The use of the brain to control pain reflexes is a trick of magicians and sword swallowers. Studies have shown that the brain does have the ability to reduce acute pain with proper training and meditation. Pain is not solely rooted in physiology, but can be a physical manifestation of one’s psychology. It can thus be argued that at least this type of pain can be alleviated through psychological mechanisms.

Bodies can release their own opioids to help in pain relief, even though these are chemically different from the drug-induced response. As pain is a primary reason many seek medical treatment, the potential of mental healing effects remain intriguing and suggests that there is some benefit from a more holistic approach.

Of course, one of the most studied processes of the brain that affects the body is the famous placebo effect. Placebos are medications or treatments that either have no active ingredient or no true physiological effect. They are often used as a control in clinical trials of drugs.

Despite having no “real” effect, placebos have been known to cause mild pain relief. Some scientists argue that placebos are hardly a non-entity and can cause changes in our bodies. Other studies show that placebos only have an effect on patient-reported responses and have no real clinical effects.

Can Our Thinking Change Our World?

The Law of Attraction has fallen under much scrutiny and is denied by many scientists as merely pseudoscience. Despite the fact that it is a widely-believed idea, popularity does not imply reality. Quantum mysticism was popular, even among actual physicists for many years, but it’s popularity has fallen significantly and most modern physicists do not consider its ideas to represent reality or current scientific models. Others have gone on to say that the ideas espoused by What the Bleep do we Know?! show a general lack of understanding of modern physics.

Still, there is some evidence that perception and the brain can have some effect on the real world, but not in a mystical nor medically applicable way. Both the concept of Self-fulfilling Prophecy—that the way we think about the world changes our interaction with it, so thus, our perceptions “create” reality—and Cognitive dissonance—that the brain changes its perception of the world to help deal with incongruities—both show ways that our brain “changes” the world.

This is not proof that our brains have any real effect on the fabric of reality, but does imply that much of the world we live in and consciousness itself may be a mental construct. These ideas can be applied to mental healing and have a possible positive effect on our health.

Of course, no analysis of mental healing is complete without looking at the influential work of O. Carl Simonton. He was a doctor who dedicated much of his life to the use of visualization and affirmation and their effects on cancer treatment. He showed in many case studies that a positive mental attitude and mental healing techniques increased the survival rate of his patients.

Unfortunately, because much of his work is based upon case studies and not clinical trials, it is difficult to measure the true effect of his treatments, which were often administered as a complement to traditional medicine practices. Sadly, the American Cancer Society regards his methods as unproven. Despite this, his approach to medicine still has a large following and shows the potential of mental healing.