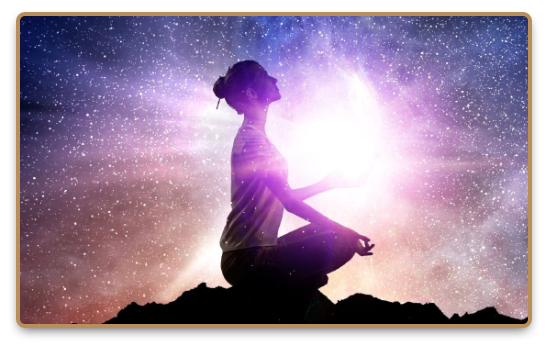 Quantum healing is a popular form of alternative medicine based upon the philosophy and theories of Deepak Chopra, a spirituality guru who gained massive popularity after an appearance on the Oprah Winfrey show in the 1990s. He has written over 85 books and helped found numerous organizations such as the Chopra Foundation and Copra Center for Wellbeing. Quantum healing has grown to be a very popular and profitable business.

Deepak Chopra and The Rise of Quantum Healing

Deepak Chopra was born on October 22, 1946 in India. He completed medical school in India, where he worked as a doctor in small villages and began his fascination with endocrinology and the ways in which our consciousness and emotions affect the physical sides of our health. He later moved to America shortly after, rising up to become the Chief of Staff at New England Memorial Hospital in 1980.

During this period of his life, he developed a deeper interest in transcendental meditation as taught by Maharishi Mahesh Yogi, though he had been exploring these ideas before he had met him. His meditation practice radically changed his life, helping him get healthier by quitting smoking and drinking among other things. He travelled around India and other places, trying to find possible reasons as to why he encountered cases in his own medical practice that seemed to negate the science he had learned, and was also searching for answers to certain phenomena.

For example, there were sometimes “two people with exactly the same illness but when treated in the same way, there were completely different outcomes”. These experiences and findings were chronicled in his best selling 1985 book, Quantum Healing: Exploring the Frontiers of Mind/Body Medicine. From then on, his cult of personality has grown exponentially. Quantum healing is but a small part of his philosophy and global New Age empire. 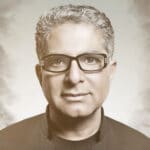 According to his philosophies, the physical body is but an illusion and it is our energy body that is our true form. Due to quantum mechanics’ focus on the position of particles is not fixed until it is observed, but exists on (as he claims) an infinite wave of probability, that by changing how we observe the world, we can thus collapse the superposition of particles and influence it to be the reality we desire. He seems to regard awareness and consciousness as a particularly strong power that may even have the ability to influence our very genetics.

See How to Measure Quantum Healing Energy with a simple device.

Therefore, quantum healing is based upon the idea that many of our illnesses and problems stem from our energy body, particularly our consciousness.

Quantum Healing is a Holistic Approach to Medicine

Quantum healing is ultimately a holistic approach to medicine. According to his studies and writings, everybody is different, and in order to find healing, one must be able to identify their own specific body type. Our body types are decided by a combination of the different elements in the Ayurvedic traditions: space, air, fire, water, and earth. Therefore, we can use our body type to figure out the best diet, exercise, and daily routines for our health.

Meditation is an instrumental part of quantum healing and though much of his earlier philosophy was based upon the ideas of Maharishi Mahesh Yogi, his specific practices seem to have lost their connection to the late-guru´s work. In general, Deepak Chopra seems to forgo the use of drugs in favor of herbs.

A major cornerstone of quantum healing is the belief in karma and positive thinking. The general idea is that positive thought attracts positive results and negative thought does the opposite. According to his writings, we actually shape our own world with our thoughts.

Finally, in addition to these methods of helping one live a healthier life and learn to control their own thoughts in a positive way, one can hire a quantum healer to help heal energy imbalances in the body. The therapist channels healing energy into the body and this can help encourage the body to heal itself. This method is thought to be similar to reiki and other forms of energy healing. This is often called quantum touch.

Due to the incredible popularity of Chopra´s books and methods, there are many offshoot healing methods that use names similar to quantum healing. One notable one is Quantum Healing Hypnosis Technique (QHHT) as championed by Delores Cannon.

Because Chopra is actually a trained medical doctor and has degrees in a variety of fields, many may feel that this can legitimize the brand of “pseudoscience” he espouses. The problem is that much of the things he writes about are based in fact.

It is true that there is a connection between our body and mind as shown by some studies. For example, some people have mastered a control over some aspects of their own physiology including pain responses and our heart rate. Neurotransmitters can cause significant effects in our body and these can be influenced by our mental state. However, claiming that our minds have the ability to completely change our reality is considered a stretch by many scientists.

Chopra´s ideas of positive thought attracting positive results, is a popular idea that has also been called The Law of Attraction. It has been pushed by other philosophers and gurus in the past. However, there has been little research that backs up these claims, despite it being a popular idea.

The Cancer Research UK is an organization that says that ayurvedic medicine and likely quantum healing is not recognized as being able to treat cancer. Some of the practices supported by these methods such as massage, yoga, and a healthy diet may have a positive effect on symptoms or quality of life. Cleanses and some herbal treatments have even been found to harm cancer patients.

It may be argued that any benefit of quantum healing is merely the result of placebo effects, but this is precisely what Chopra is arguing. If a patient expects a positive effect from a drug, then it will happen, whether there is an “active ingredient” or not. At least placebos do not have harmful side effects. With this view on medicine, quantum medicine can become a particularly sticky area to study.

Since sceptics do not believe in the treatment methods used, their reality will influence the treatment´s effects. One can see that this is a circular loop. Still, there are a few studies that do show the great power of placebo effects, and by building such an empire and deep philosophy about how these placebos may work, Chopra is actually increasing their effects.

Some argue that it is impossible to regard the findings of the scientific community as unbiased. Many within the medical research field are believed to be as brainwashed as they themselves claim alternative medicine practitioners are. They are too deeply ingrained into the corporate medical system to be fully trusted.

Is Quantum Healing Based on Pseudoscience?

There is little to show that our bodies are made of energy. Physicist Brian Cox argues that due to people´s general lack of understanding of quantum physics, that makes it particularly attractive for new age thinkers who can possibly interpret it in scientifically impossible ways.

As previously believed, there is the possibility that these teachings could be a possible extension of quantum physics, but new studies and the finding of many more subatomic particles makes these arguments unlikely. He is not the only person to have used quantum physics to imply that people may have a mystical control of the world.

In fact, even big name scientists have embraced the idea in the past. Yet, modern mainstream science does not back up these claims. Chopra’s teachings have been called so off the mark of true science, he has been awarded the ig Nobel prize for his claims. The problem with much of his theories is that quantum physics best describes small particles, not macro-objects as Chopra asserts. Also, as much as many new agers claim that consciousness does change our reality, some scientists argue that this is simply not true.

Chopra seems unphased by his critics though. “The thing to remember for everyone is that nobody achieved anything extraordinary by worrying about his or her critics. If you want to do extraordinary things, you have to be independent of both the good and the bad opinion of others.” That said, many may be reluctant to criticize or chastise his practices too deeply due to a few instances of Chopra suing writers for what they´d printed.

Still, Chopra has made himself a millionaire many times over. He is constantly writing and giving lectures. Even if his beliefs and teachings are not based in science, there is no doubt that he is an extremely influential figure that has helped millions around the world. This does not in itself legitimize him, but it does show that people value his contributions to their lives and if they are willing to pay for his guidance, the tenets of quantum healing don´t do much harm, as long as practitioners and patients understand that it should not be used in lieu of proper medical treatment for serious conditions.