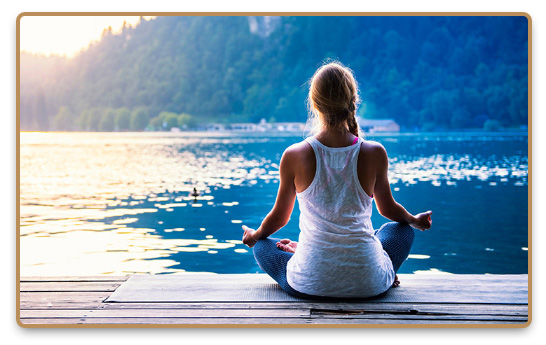 Transcendental meditation is among the most popular methods of meditation, mainly due to its simplicity. The general idea is a straightforward one: one must simply sit with their eyes closed, then silently and effortlessly repeat a mantra in their head. This is to be done two times a day for twenty minutes. Despite this, it is claimed by the founders that it can only truly be taught by certified teachers

The Short History of Transcendental Meditation

It was developed by Maharishi Mahesh Yogi in the 1950s in an effort to streamline the most important aspects of mantra yoga so that the average person can find benefit. His style is said to have been based on the teaching of his mentor Swami Brahmananda Saraswati. He brought his style to America in 1959 where it became immensely popular.

The movement gained prominence in the late-60s after the Maharishi gained a number of high profile followers, most famously the Beatles, who travelled to his Rishikesh ashram in 1968 to study meditation. During their stay, they wrote the bulk of the material for their famous White Album.

Transcendental meditation has since gained some notoriety since, having been labelled as a possible cult, and even banned from being taught in schools because it was deemed too religious. However, the Maharishi, despite his own religious beliefs, claims that people of any religion can practice and gain benefit from his meditation, without ascribing to his religious ideology.

Also, transcendental meditation has an image of being commodified as a brand, which does erode its spiritual image. The last ten years or so have seen a resurgence of interest in its practice as celebrities such as David Lynch, Oprah, and Jim Carey have endorsed it. 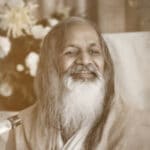 All problems in life arise from some weakness of mind. All weakness of mind is due to the mind's ignorance of its own essential nature, which is universal and the source of infinite energy and intelligence. ... In order to root out any problem of life it is only necessary to be brought out of ignorance, to be brought to knowledge.

Transcendental meditation is praised for its simplicity. It is a silent form of mantra meditation, meaning one should not say the mantra or even move the lips or tongue when repeating it. One should practice it two times a day for 15-20 minutes, usually in the morning and afternoon. Even though one may choose to take one of the yogic sitting postures such a lotus, half lotus, or perfect posture, it is not necessary, and even discouraged if it causes discomfort. Basically, any place a person can sit comfortably can suffice.

One must close their eyes and focus on the mantra. If the attention wavers, simply bring it back to word. The key aspect of the teaching is that meditation should be effortless.

See How to Deepen Transcendental Meditation Practice with a simple device.

The mantra one repeats is to be given to the student by a proper teacher of Transcendental meditation. This mantra is said to be perfect fit based on the practitioner’s unique nervous system. There is no real consensus on whether these individual mantras are more effective than any other, but it is a necessary part of the initiation process into the practice. Writer James Hewitt believes that the particular mantra should merely be easy to pronounce for the user, to make it less distracting.

The Secular Nature of Transcendental Meditation

Much like in other forms of meditation, it is important not to give focus to the result of the practice. This may damage the effect and lead to an imagined outcome, based on expectations.

One aspect that makes Transcendental meditation so attractive to people in the modern age that it is not bogged down by too much philosophy or other practices associated with strict yoga including an asana practice, asceticism, or austerity. Despite this, some writers claim that combining it with some form of yoga may improve its results.

When one is actively taking a course in Transcendental meditation, they are obligated to abstain from the use of drugs. Prior to starting the course, one is to cleanse the system of substances for two weeks. This does not apply to the use of alcohol and one may continue to use drugs again once the course is finished.

One aspect that has gained criticism is its commodification. For one, a person cannot learn Transcendental meditation on their own. Instead, they must sign up for a class taught by certified masters. These courses are quite expensive, sometimes as high as $2500 (the current listed price online is between $500-1000, depending on one’s income).

This can be a big discouragement for people with only a casual interest. It is, however, a one time fee with no further obligations and you are allowed to have regular “check-ups” or no additional fee. It has been suggested that there is nothing “special” about the training one receives, but it can help one develop a good habit. Given the theory of cognitive dissonance, one is more likely to develop the habit having paid so much to learn it.

The Healing Effects of Transcendental Meditation

Some research has shown that transcendental meditation causes a range of effects including a slowing of the heart rate, a reduction in oxygen consumption and blood lactate levels (connected to stress and fatigue), and an increase in skin resistance to electric currents and alpha activity in the brain (both of which are related to relaxation). It has also been shown to lower blood pressure.

Although it may have positive health benefits, it is not recommended as an exclusive treatment for health problems, just a supplement. Many of the positive effects have not been exclusive to Transcendental meditation, but meditation in general.

There has been some link between regular Transcendental meditation practice and an improvement of cognitive function and creativity. Anecdotally, different writers who’ve tried it have reported that they’ve felt some improvement in concentration, creativity, and have found a greater sense of calm. The practice of Transcendental meditation has been linked to a reduction in anxiety.