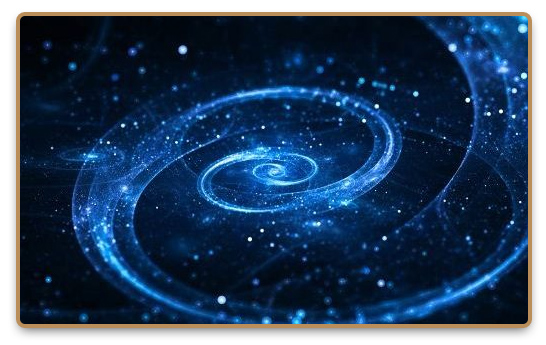 Tachyon energy is a concept connected to the world of New Age philosophy based upon a theorized subatomic particle. Tachyons were special particles first named in the 1960’s that can travel faster than the speed of light. They gain speed as they lose energy, and lose speed as they gain energy.

Despite their use as a thought experiment, many physicists, including Albert Einstein have mathematically ruled out the possibility of their existence, because to reach a speed faster than the speed of light would require infinite energy. Some scientists have postulated a model that could facilitate the existence of these ultra-fast particles, but these require objects to have an imaginary mass. Some have proposed that these particles make up a powerful energy with applications in spiritual healing. Tachyon energy seems to be very similar to other ideas of vital energies such as prana and qi / chi. 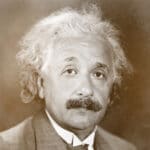 I like to experience the universe as one harmonious whole. Every cell has life. Matter, too, has life; it is energy solidified. Our bodies are like prisons, and I look forward to be free, but I don't speculate on what will happen to me. I live here now, and my responsibility is in this world now.

Faster than the Speed of Light?

The term was first used by Gerald Feinberg in 1967, but the idea of a particle that could move faster than the speed of light was hypothesized earlier by Arnold Sommerfield and Robert Ehrlich. The name comes from the Greek word tachy, which means rapid.

Despite all the mathematical models scientists have worked with to help define the possibility of a faster-than-light particle, they have been unable to find any conclusive evidence of their existence, though it has been proposed that neutrinos might achieve these velocities. These particles do not fit into string theory. Scientists continue to design experiments to see if they might exist.

See How to Measure Tachyon Energy with a simple device.

Tachyons were adopted into the New Age community after the release of Tachyon energy: A New Paradigm in Holistic Healing. The concept of tachyon energy has since been used as the underlying mechanism for a range of healing products.

One famous use of such a particle or tachyon energy is the tachyonic antitelephone. The idea was based upon a famous thought experiment by Albert Einstein and was further explored by Richard Chace Tolman. The idea is that a particle that goes faster than the speed of light could travel back in time. It causes a paradox of causality because it could theoretically facilitate the receipt of a reply to a communication before the initial message was sent. This is a paradox because this upsets the nature of cause and effect. Therefore this implies that it is not practical (and not really possible) to use these particles for this purpose. It has been proposed that if this theoretical device is used in only one way communication, it may avoid this paradox.

Tachyons, possibly because of their name, occasionally find their way into science fiction. One example is their use in the Star Trek universe, forming the basis for weapons, cloaking devices, engine propulsion, and a scanning system.

Much like other fantastical, pseudoscientific, or difficult-to-understand concepts, tachyon energy has been appropriated by certain new age gurus and healers for various purposes. For example, there is a website claiming that a German scientist named Dr. Hans Nieper has found a way to harness the power of tachyon energy. Using his theories, the company claims that by using “takionic” products can relieve pain, help your plants grow, and make your dog happier. The website lists testimonials, but there seems to be no peer reviewed studies that have even looked into their claims. This was not the first company to make fantastical claims about this, as of now, hypothetical energy.

Sometimes, tachyon energy is used as a potential stand-in for such vital energies as prana, qi / chi, or others. The most famous work discussing this is Tachyon energy: A New Paradigm in Holistic Healing. It is argued that a lack of tachyon energy can lead to such negative symptoms as pain, exhaustion, and even cancer. Conversely, if you can find a way to increase this tachyon energy, it can lead to clarity of mind, an increase in stamina, and a general sense of well-being. Naturally, there are a range of devices which you can purchase to help build up more energy.

These objects may have some positive effects for some, though it likely has little to do with this fantastic tachyon energy. Studies have shown the placebo effects can be strengthened by its pairing with elaborate philosophies stories, and the appropriation of a difficult-to-understand concept from quantum physics can easily fall under this model.