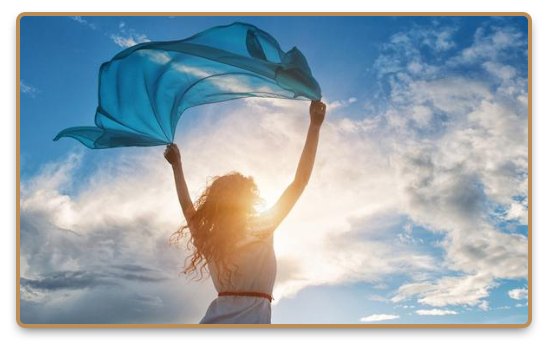 Vitality generally refers to one’s life force or vital energy, or simply strength. The definition of this energy varies across cultures and belief systems.

Given that it’s a colloquially used word in the English language, the word “vitality” itself has no mystical connotations. When one is said to have vitality, they are seen as strong, healthy, and full of energy. It is often thought of as a holistic quality encompassing more than just physical health, but also mental and emotional health. It has the connotation of one being younger and more full of life despite their age. This is not always seen as a function of how “energetic” a person one is, but more of an underlying, overall level of health and vigour.

The concept of vitality is often connected with vital energies such as a prana, pneuma, or qi / chi. This is related to the belief in vitalism, the idea that living beings are possessed of a special type of energy.

The word “vitality” stems from the Latin word vitalitatem, meaning “life force” and came into use in the late-1500s. However, the idea of an inner-energy that is the source of our health and life is an ancient concept.

Both ancient Greek and Latin cultures saw this energy as coming through the breath, in the form of pneuma. It was thought of as almost a “soul substance” and issues with it could lead to disease. In the culture of much of the Indian subcontinent, life force was also connected to the breath, but there it was called prana.

There was a whole movement of scientists who continued to believe that living matter must contain some underlying energy or force that made it different from non-living matter, sometimes called an elan vital. This belief was called vitalism.

For example, one scientist, Baron Carl Von Reichenbach, discovered what he assumed to be a vital energy called Odic Force in the nineteenth century and despite some followers, it was considered pseudoscience, even in his own time.

See How to Measure Vitality Energy with a simple device.

Among the most famous was Hans Driesch who postulated something called entelechy drove many of the processes of life. At first, it seemed as if the development of cell theory and microbiology would confirm the vitalists, most notably by Louis Pasteur’s 1858 demonstration that life does not generate spontaneously.

However, by the 1930s, various discoveries such as many processes of organic chemistry had pushed vitalism out of favor in the biological community. This does not mean that the belief in vital energies died completely. This belief forms the base of many alternative medicine practices and new age beliefs.

It is important to separate their definition of “energy” from that of the physics community. Also, even though in new age thought, “vitality” can be used to refer to our life force, it is seen as an actual substance, whereas in the popular use “vitality” just refers to a quality describing a person.

The main question of Vitalism is not whether the processes of life can properly be called purposive: it is rather the question if the purposiveness in those processes is the result of a special constellation of factors known already to the sciences of the inorganic, or if it is the result of an autonomy peculiar to the processes themselves. For that there is, as a matter of fact, much that is purposive in vital phenomena is merely an immediate deduction from the definition of the concept of purpose itself, and from the application of this definition to living beings.

There are many ways one can increase their vitality. One of the most commonly mentioned is from maintaining a high level of nutrition. This word is common within the nutritional supplement industry and is often listed as a positive outcome of these products, with some even claiming that increasing one’s vitality can help one live longer.

When one views vitality as a synonym for the amount of vital energy one possesses, its possible role in our health becomes much more impactful. A wide range of alternative medicine practices are based upon the idea that our holistic health is directly linked to quality, quantity, and free movement of our vital energies. The root of many of our ailments, not just physical, but emotional, mental, and spiritual is a result of shortages of or blockages in our energy systems.

There are a wide-array of treatments based on this ideal. Reiki and other energy healing uses a no-contact method of manipulating one’s energy to help one’s body heal itself. Acupuncture or acupressure use needles or pressure through the finger upon various spots where our energy channels meet to help loosen up blockages and to relieve pain and stress.

Although many of these methods have been criticized by the scientific community, namely in that there has been little empirical evidence for the existence of a vital energy, many of these methods do show positive results in certain cases. Even practitioners of alternative healing practices recognize the potential power of the placebo effect in these cases (and some argue that the belief in a vital energy system can strengthen the effect of a placebo).

Ultimately, even by its colloquial meaning, vitality is more a function of how a person feels, and if these practices make one feel as if they have more energy, then that shows the role vitality may play in health.

A loss of vitality is something that seems to be related to ageing, but people argue that it is less a result of the physical years, but the choices one makes. Many view vitality as a holistic quality, so they argue that increasing it goes beyond just a healthy diet and exercise. Meditation is said to help increase one’s life force.

They also encourage focusing on positive things in life, getting enough sleep, spending time outside, laughing, embracing one’s passions, and focusing on loving relationships while avoiding negative ones.

Whether you believe in an actual life force or not, few could argue that these tips won’t make one feel more alive, healthy, and give a more vigorous approach to life.