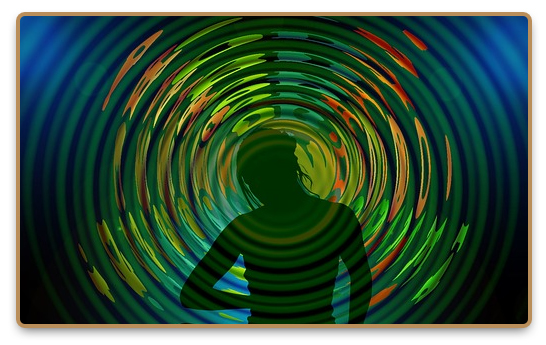 Radionics, which is also known as electromagnetic therapy, is a method of alternative medicine where electromagnetic waves are used to treat or even diagnose various diseases.

The Development of Radionics

One of the first pioneers of radionics was Albert Abrams who discovered a possible application of electromagnetism to medicine in the 1900s. Abrams was actually a doctor, having received education in Heidelberg and was even a recognized professor of pathology. He figured out that certain ailments and diseases can affect the vibratory nature of certain tissues.

So by thus reversing this idea, he theorized that by bombarding tissues with certain frequencies, he can effectively cure disease and invented the Ocilloclast. Sales of this device picked up quickly and he became a rich man.

The acceptance of his ideas waxed and waned over the years and it was another doctor, Ruth Drowns, who actually coined the term radionics. She developed her own treatment device, The Drown Radio Therapeutic Instrument. 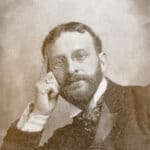 Science and heart must be so nicely blended in the truly great physician that neither is operative separately.

Electromagnetic waves are a type of energy that flows through everything, carried by particles called photons. It can take many different forms depending on the wavelength.

The most well known form of electromagnetic energy is light. Radio waves, microwaves, infrared light, ultraviolet radiation, x-rays, and gamma waves also all fall on the spectrum of electromagnetic radiation. Therefore, the umbrella term “electromagnetic therapy” can take a wide variety of forms. Every form of this radiation has different amounts of energy with radio waves being the weakest and gamma rays the strongest.

The General Idea Behind Radionics

The general idea behind radionics is that there are electrical energy fields within the body and if these fields reach a state of imbalance, it can cause a variety of disorders. So, by using various devices, therapists can therefore cure the ailments that are rooted in these imbalances.

Among the diseases that may be treated by this method are diabetes, asthma, heart disease, headache, pain issues, and even cancer. It has been argued by some that electromagnetic radiation may actually be a form of vital energy, qi / chi or prana (depending on the specific philosophy) that flows through all living things. Some believe that this type of healing can even be done at a distance.

See How to Measure Radionics Energy with a simple device.

Besides the aforementioned Ocilloclast, there are various machines that are used for this kind of radionics therapy, each with its own claims and uses. This article will not provide a comprehensive list of radionics devices, only a couple examples.

One is the Rife machine, invented by Royal Raymond Rife. He believed that cancer was caused by microbes and these microbes vibrated at a certain frequency and gave off a specific aura that could be measured using one of his devices. His apparatus was then allegedly able to use these frequencies as a weapon against the microbes, thus curing the cancer.

He claimed that the process was similar to how certain sound frequencies can break glass. By the time of his death, many of his claims were discredited, but his beliefs saw resurgence after the publication of the book The Cancer Cure That Worked by Barry Lynes, and a new generation of Rife Machines began to be manufactured.

Another type of machine used for this type of healing is a galvanic device. It uses a charged electrode which is placed on different acupoints. These are theoretical places where the meridians, the pathways in the body through which vital energy flows, meet. Because these points have charges, this thus completes a circuit. Using this machine, practitioners claim they can diagnose or heal disease.

Another related form of treatment using electromagnetic waves is light therapy. The idea is that different colored lights can have different effects on the body and possibly heal various ailments. Despite also dealing with electromagnetic waves, this lies beyond the scope of radionics and will not be covered in this article.

Many of the machines used for radionics therapy have had less than stellar levels of acceptance in the scientific community.

Do Radionics Devices Work? Are They Safe?

In a rigorous exploration of Albert Abrahms’s claims in 1923-24, the magazine Scientific American found that his radionics devices do not hold up to scientific scrutiny and he’s been denounced by many as a quack. His device was no more effective at treating his wife’s cancer as it was the pneumonia that ultimately killed him. His own organization, The Electronic Medical Foundation (EMF) was shut down amid a legal crisis. Disciple Ruth Downs was indicted of fraud, but died prior to her conviction.

Galvanic devices have been deemed by some as completely useless as they are more likely to measure skin conductivity than any inherent vital energy. There has been little evidence to show that can cure disease. One such device, the Ellis Micro-Dynameter, was deemed not only useless, but potentially harmful in 1961 and users were asked to stop the sale of the device. Apparently, some still claim it’s effective and use it.

The Rife machine came under quite heavy scrutiny in 1997 after one therapist, Shelvie Rettman, was sued by the Attorney Generals of Minnesota and Wisconsin to stop her healing practice. She was use a Rife machine and other devices to allegedly cure cancer, but after several complains that she was lying to her customers (some of whom avoided proper medical treatment for their cancer because of their faith in her practice and died) about their prognosis, the government of these states reiterated that they were not FDA approved and nobody is allowed to refer to them as actual medical devices.

Another medical device salesman, James Folsom, was convicted of selling sham medical machines similar to those developed by Rife.

Cases like this can seem damning, but just because some people have been deservedly convicted of frauding buyers with quackery does not necessarily imply that the whole radionics industry is fraudulent. Quacks can bypass FDA approval of devices by making soft claims such as by saying that a device can improve a person’s “energy health” or other claims.

The medical community does use electromagnetism in many ways. The most famous of which is Wilhelm Roentgen’s X-ray machine for internal imaging and MRI machines. X-rays and other forms of radiation are often used as a cancer treatment. This is effective for localized cancer because the usually harmful radiation kills the cancer cells and is quite effective for treating early stage rectal cancer.

Other studies have shown that by passing low-level electrical currents through bone fractures, these fractures heal better. Since these applications have been proven as scientifically viable and don’t embrace any philosophy of mysticism and vital energies, they are removed from the category of “radionics”.

In general, there have been numerous studies that show that electromagnetic radiation has few effective practical applications in the treatment of pain, osteoporosis, incontinence, arthritis, fatigue related to MS, and other disorders. Now, not every single possible use for this has been explored and this continues to be an intriguing path to investigate.

Other Evidence for Radionics

Many new agers and healers claim that electromagnetic waves and biophotons are in fact proof that our body has an energy system and these may be the vital energy that features in different healing traditions. However, mainstream science has rejected this claim.

As a placebo, there may be some possible benefit to using these radionics machines. Given how many electrical devices are used in hospitals today, there is a possibility that the very use of a device may give it a stronger perceived legitimacy. It has been theorized that having a complicated back story, or convoluted science and philosophy behind something may create a deeper meaning response, thus strengthening the placebo. Still, this has done little to increase many of these devices’ performance in clinical trials.

Ultimately, it is a good idea to approach these unapproved medical devices with trepidation. Unlike typical energy healing, some of these machines do come with an increased risk of bodily harm due to malfunction, shorts, faulty wiring, or just from it being potentially dangerous to pump electromagnetic radiation through one’s body.

It is highly recommended not to use devices for medical treatment that have not been approved by the FDA. At the very least, one could easily be misled by the false legitimacy of these machines to forgo proper medical treatment for serious illness and the purchase of these unproven devices can be quite expensive.