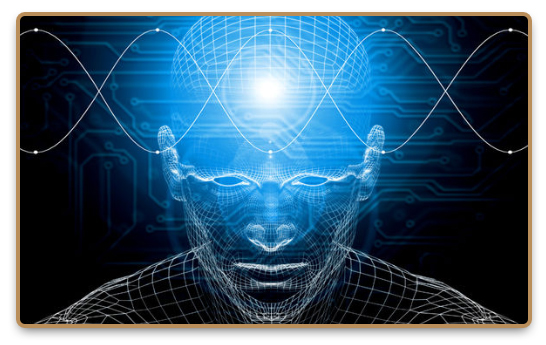 Theta healing is a copyrighted method of healing developed by and based upon the philosophies of Vianna Stibal. The general goal of Theta healing is to either train your brain yourself or have a healer help ones brain waves operate at a very specific frequency of theta waves. These are said to be calming and help people process their emotional energies in a more positive way.

Vianan Stibal was said to have happened upon the healing powers of theta waves while she was suffering from cancer. She had tried numerous methods of healing ranging from traditional medicine to more alternative approaches. Once she found theta waves, she very quickly made a recovery. Since then, she began to share her theta healing methods with others. Even from a young age, she noticed that she had certain psychic healing abilities and by her thirties, she had learned how to control and focus them. 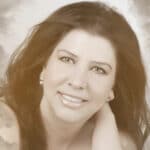 A theta brainwave state is a very deep state of relaxation, a dream state, always creative, inspirational, and characterized by very spiritual sensations. I believe this state allows access to the subconscious mind and opens a direct conduit to communication with the divine. I believe that once you say the word ‘God,’ you are holding a conscious theta wave.

Do Our Thoughts Control Our Reality?

One of the general ideas of theta healing is that through our thoughts, we have the power to positively influence our world. The opposite is also true. Many practitioners believe that the vast majority, if not all, of our physical, mental, and spiritual ailments stem from negative thought patterns. These ideas are based upon a loose interpretation of quantum physics.

Because reality is believed to be in a state of uncertainty until an observer fixes reality, observers can control the world by fixing the reality they want. These ideas are used in numerous new age theories, including those of Deepak Chopra.

See How to Measure Theta Healing Energy with a simple device.

When your brain can access theta waves, it gives it the ability to change and heal our bodies. Reaching this theta state is about finding a place where the conscious and unconscious minds come together with the body and soul.

According to the theory, the brain emits four different frequencies of waves: alpha, beta, gamma, and theta. The latter, which is thought to be 4-7 cycles per second, can be reached when one is asleep or in a deep state of meditation. Some believe that these waves can connect a person with the crown chakra.

The Seven Planes of Existence

Stibal believes that existence is made up of seven planes, and each of these are related to different aspects of the world. Problems in each plane can manifest itself in different ways. She also believes that each plane is connected to a particular compound.

For example ATP is the compound of the seventh plane. Ultimately, people need to find a way to access the seventh plane and this can be done in different ways, namely meditation. It is likely no coincidence that these seem to correspond loosely to the seven primary chakras.

What Happens in a Theta Healing Session

When one opts for a theta healing session, they are first scanned by the healer. They must determine if there are any diseases, energy issues, unkind spirits, or other problems in both the body and soul. The patient then has their energy cleansed and their auras aligned. One special test is a muscle test, where the healer tests the beliefs of the patient. It is thought that our beliefs have a physical manifestation and the patient will physically hold onto their beliefs.

Once the problematic ones are identified, the patient is then treated to let them go. These will often seem like a block of the energy pathways, and once freed, the patient can often get a sense of relief. Stibal and many practitioners claim that the healing, once tapped into the right frequencies is instantaneous.

Theta healing therapists will try to help their patients process and heal deeper level ailments through the analysis of conscious thought, in a way similar to a psychotherapist. The healer will search for places within a patient´s subconscious that may be causing emotional or mental blockages and help cleanse those particular negative thoughts. One writer described that the process left them with a feeling of warmth and connection to the healer and thus this makes it easy to open up and heal.

Naturally, the internet is filled with testimonials and anecdotes about the powers of theta healing. Patients have said that it can heal any number of ailments including issues with weight loss, asthma, back issues, and congestive heart failure.

Theta healing has met with much direct criticism over the years. Even people who specialize in complementary medicine are a bit wary of its claims. One journalist reported that they had heard Vianna Stibal boast that her methods can actually help people regrow amputated limbs or missing uteruses. This is considered completely impossible by basically everyone in the world. That said, the article in which this was printed was not particularly balanced in its views towards theta healing.

Since many practitioners claim that theta healing is an instantaneous process, it can be quite difficult to believe and likewise easy to disprove. Naturally, since true belief is a core tenet necessary for these methods to work, any lack of success can be attributed to a simple lack of faith. This makes it incredibly difficult to study theta healing in a way that can be satisfying for believers.

Most damning for Stibal and her methods was a successful lawsuit against her company in 2016. The plaintiff sued the company for fraud after they had taken a series of courses from Stibal to achieve a doctorate degree in healing. They later found out that this degree was not a valid doctorate. In the court case, the plaintiff questioned many of Stibal´s healing claims, including her own assertion that she had used her methods to heal her own cancer.

The defendant was unable to provide any valid proof that she had been diagnosed with cancer. It was revealed that she was merely suspected of having cancer. This court case does not disprove Stibal´s methods nor invalidates the positive effects that theta healing has had on people over the years, but it does call into question Stibal´s trustworthiness.

Questioning The Science of Theta Healing

It seems to be pretty well accepted that to a certain extent, there is a connection between our thoughts and body. Meditation has been used by some to mitigate our pain responses other times it has been shown that we can also slow our heart rate. Neurotransmitter release is connected to our mental states, so it can be argued that we can use thought to cause a number of profound effects in the body.

However, many scientists would argue that the claim that we have universal control over our reality using thoughts is impossible. This interpretation of quantum physics was popular many years ago. There were even some prominent physicists that supported the idea. These ideas have, however, fallen out of favour in the physics world. Much of the embrace of these ideas by new age thinkers may come down simply to people not fully understanding the true nature of quantum physics.

The Law of Attraction, which many of Stibal´s views seems connected to, has come in and out of prominence over the years, being espoused by numerous gurus and writers. Unfortunately, despite its popularity, science has not been able to support the Law of Attraction.

Theta waves are in fact a real thing and as argued by Stibal, they do have a connection to sleep and meditative states. Scientists are still studying their effects on our brain development. Some argue that they may have some connection to the formation of episodic memories. There may also be a link between theta waves and positive experiences. These studies do nothing to suggest there are healing powers within theta waves, but it can be argued that these waves can have an effect on the brain.

There seems to be some correlation between the practices of theta healing and psychotherapy. Psychotherapy is officially viewed by the APA as an effective way to treat mental disorders. One could argue that the efficacy of psychotherapy has no real connection to theta healing, but since some processes overlap, they could be tapping into the same underlying methodology.

Even if the effects reported from theta healing sessions are nothing but a placebo, this does negate the positive effects they may have on people. Testimonials have mentioned that theta healing seems to be at the very least relaxing. Relaxation has been known to reduce cortisol levels in the body. In the long run, this could have positive effects on one’s mental and physical health. Placebos are very powerful and their effectiveness can increase when combined with elaborate stories and philosophies.

In general, theta healing seems to do no harm to its patients and many seem very pleased with the results. As long as it is not used exclusively for the treatment of major medical disorders, it has its uses. Either way, it remains an understudied method and more research is needed to truly access its value as a healing method.