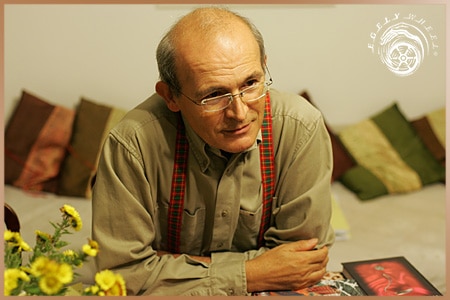 I was born in 1950 in Hungary and in 1974 I acquired my Masters Degree in Mechanical Engineering of Heat Engines at the Budapest University of Technology and Economics. I was primarily interested in the research of transmission of heat and energy, which I continued at my first workplace at the Atomic Energy Research Institute from 1974 to 1990. My work focused on the study of possible scenarios of energy transmission during nuclear power plant failures.

I was granted PhD. by the University of Technology and Economics in 1980.

The International Atomic Energy Agency granted me a scholarship for eighteen months work at Brookhaven National Laboratory, U.S.A. Thus between 1980 and 81 I did research on convection technology for nuclear power plants and published many articles on the issue.

For the first time I had the chance to read about natural anomalies such as healing by superimposition of hand. At that time awaked the drive in me to study these unknown phenomena objectively and by scientific means. Having read extensively on the matter, upon returning to Hungary, I decided that I would design a measuring device for the indication of bioenergy, the so called life energy. (In communist times the research of paranormal phenomena was not supported, so I started with the study of ball lightning, a natural phenomenon that causes similar anomalies to bioenergy. My scientific experiences and theories on ball lightning were published in my book: “Ball Lightning: The Key to the Fourth Dimension.”)

It has been known for a long time that bioenergy has numerous effects, such as inflection of metals, it can modulate electric attributes, or it can influence plants’ growth. ( My book called “Mysterious Forces- Titokzatos Erők” first published in 1990, second edition 2004 is on these sort of anomalies.) I intended to pick an action which could be used as a relatively quick, simple and cheap method for demonstrating the existence and the extention of bioenergy. Hence, I chose the phenomenon there are only a few descriptions of, though one thing was sure about it: some objects start to circulate by it’s effect.

First I did the experiment with over 500 high school students. I put water in a cup that the subjects had to get in motion without any fisical contact. We recorded the experiments on tape and as a result of this we roughly had the picture, which after the extended experiments only became clearer: there is such an energy in reality.

Henceforward we extended the examinations on the measurement of electric conductance too. We realized that this as well could be influenced by bioenergy. After 10 years of work on refining the measuring process we managed to develop a portable, electronic device for mass production, wich can measure and document life- and healing energy.

We founded Egely Research and Development Ltd. in 1993.

In the meantime, in 1996 I started a research and development project on energies aiming the exploration of environmentally sound and renewable energy sources. In relation to this Egely Ltd. has published many documentary and technical books so far.