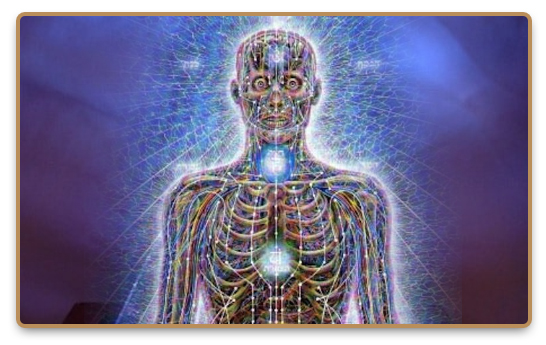 Odic force (sometimes called od) is an all-encompassing vital energy force similar to the ideas of qi / chi, prana, or orgone espoused by various philosophies or new age belief systems. The odic force is thought to combine many theories of magnetism, electricity, and heat among other concepts.

It was postulated by Baron Carl Von Reichenbach, who derived the name from the Norse god Odin. Even in Von Reichenbach’s own time, his theories of odic force were considered pseudoscience.

The theory of Odic force was developed primarily by one man, Baron Carl Von Reichenbach in the nineteenth century. Von Reichenbach was a renowned scientist of his time and had made numerous advances in industry and various sciences, most notably in chemistry and for his theories on the Earth’s magnetism. He had amassed a fair deal of wealth for his works, which freed him to explore his own, less-celebrated pursuits.

He had decided to take his scientific explorations in the field of psychology, where he discovered a particular energy coming from the people he studied. Most of his patients were sufferers of night terrors, somnambulism, and insomnia and he noticed that their problems seemed to be directly related to the full moon. Patients who were sent to sleep in a dark room during the full moon would sleep better than those who slept in a room with windows, and they in turn slept better than people who had the moonlight amplified.

The most interesting effect were those who had similar sleep disturbances when they held wires that were connected to a metal plate left outside in the moonlight. He concluded that there must be a force that was given off by the moon that was related to light and operated similarly to electricity, but was not either.

He observed that there seemed to be a connection between a certain type of muscle tension and a sleepwalking episode. Therefore, he figured that there must be a direct connection between the nervous system and magnetism, the area where he’d made the most contributions. These sufferers were labelled as “sensitives” and would drive his research until the end of his life.

They made observations, such as remarking that magnets and the extremities of living things gave off a certain energy that could be observed when they were placed in a dark room for an extended period of time.

See How to Measure Odic Force with a simple device.

Von Reichenbach believed that these “sensitives” were possessed of a special ability to detect a plane of existence or energies that the average person was unable to observe. In his works, he made reference to photographs he’d produced in dark rooms, exposed only by luminosity from odic force. Given that it was not light, the exposure could be blocked by placing a pane of glass over the photocells.

Von Reichenbach believed that the energy could be stored in crystals, from which its power could be harnessed and used for positive effect. The idea of odic has been adopted by some psychics and new agers, who have used it for various psychic purposes, among them, crime fighting, object reading, and studying of past lives. It has been argued that this force may be a possible explanation for hypnotism.

Like many new age or pseudoscientific concepts, the name has a certain power to it. This has led to it being co-opted by different tech companies and healing forms, despite having little to do with the concept itself.

Due to the nature of Von Reichenbach’s experiments, his theories on odic force never gained traction in the scientific community and thus has limited the amount it has been studied and stifled most applications of his work.

Very much of the work he did was based upon the perceptions of his “sensitives” and not the use of reliable verifiable machinery and measuring devices. It is therefore difficult to even find a use for a force that is both undetectable and also imperceivable by most people.

Although few are willing to suggest that Von Reichenbach’s theories were in any way correct, there are some that have suggested that his “sensitives” may have, in fact, been particularly sensitive to electromagnetic radiation. However, some studies have shown that this is a condition that doesn’t exist and any experiences with electromagnetic sensitivity is likely psychosomatic.

This does little in the advancement of Von Reichenbach’s theories, but instead further cements how misled his science became in his later years.