Thought: The Cause of Action 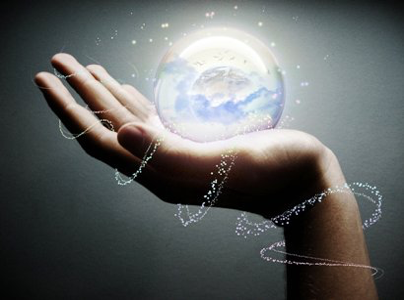 25 Apr Thought: The Cause of Action

There is the conscious mind and there is the subconscious mind. The con­scious mind gathers knowledge and experience through the senses. It learns from books, conversation and experience. It reasons and forms conclusions. Finally its thoughts pass down into the subconscious mind. The subconscious mind is the mind of action. It is responsible for all that we do. It is the seat of memory and of instinct. It is a reservoir of tremendous power, it is of extraordinary intelligence, it carries out all the complicated processes within the body, which make life pos­sible. The wisest and most learned of men cannot begin to fathom its wonderful powers, but in spite of this we know enough about its manner of working to en­able us to control it, and by controlling it, we control our actions, and by control­ling our actions we shape our life, and overcome what is called fate.

The subconscious mind, although so wonderfully intelligent and possessed of such extraordinary powers, acts entirely upon suggestion. That is to say, it fol­lows blindly and faithfully the thoughts that are sent down into it. Therefore upon our thoughts depends what sort of actions are brought forth. If evil thoughts are sent down into the subconscious mind, then evil, destructive action will be the natural result. If thoughts of weakness and failure are entertained, then weak ac­tions leading to failure will inevitably follow. On the other hand, if good thoughts are entertained, then constructive good action will result, and if strong, success­ful thoughts are entertained, they bring forth robust, constructive action, which leads to success and achievement. It is impossible to think evil thoughts and bring forth good actions. Many have tried it. They have said, I will be outwardly respectable and blameless in life, but in secret I will think this thought, I will hug it to my bosom because it is pleasant, but I will let it go no further, because I know that evil action leads to shipwreck and disaster. Therefore I will deceive even my best friends. Outwardly I will be all that I ought to be, but in my thoughts I will be evil. Mine will be a double life, to outsiders I shall be one thing, and in my thought-world something different. Thus I shall be able to enjoy evil in thought, and escape its penalties!

Such an one does not reckon with the power and faithfulness of the subconscious mind. Every evil thought which is entertained and gloated over, acts as a powerful suggestion to this patient giant, until at last it can stand it no longer, and bursts out into the life in the form of a course of evil action, which is an exact replica of the thoughts which have been entertained. This explains why so often people who have always been so exemplary in their conduct all at once go wrong, and come crashing down to ruin; they are simply reaping the harvest of their thoughts.

While this is true of the majority of those who indulge in secret evil thinking, there are yet those who, either through lack of courage or opportunity, do not, or cannot, “break out” into a course of evil action. By their evil thoughts they arouse certain emotions which cannot be satisfied and which therefore have to be re­pressed. The effect of repression is either chronic ill-health which no medical skill can ever cure, or organic disease that is beyond the art of man to heal. The reader must not imagine, however, that everyone who suffers in this way has been guilty of evil thinking, but the practice is certainly one of the ways by which some people can, and do, literally destroy themselves.

This example is merely given as an illustration of the effect of evil thinking, and most people have seen evidences of it amongst their friends and relations. Most of my readers will doubtless be above this kind of thinking, but the same law acts with every kind of thought that is sent down into the subconscious mind. There are two kinds of thought, viz., constructive and destructive, sometimes called positive and negative. It depends upon which class of thought we persistently dwell upon and pass to the subconscious mind, what our actions in life are to be. If we allow our mind to dwell on destructive, negative thoughts, and this, unfortunately, is often the case as it requires no effort, then destructive and negative action will be the inevitable result. On the other hand, if we think positive or constructive thoughts—and, to do this, effort is required, just as effort is required in climbing a hill—constructive action takes place as a natural result.

Thus a man who gives way to hate and broods over his wrongs, will be led to think of murder, and if he gloats upon thoughts of murder a time will come when he may attempt murder. On the other hand, if the same man will keep his mind off his wrongs and think thoughts of forgiveness, or, better still, if he will love, or hold in thoughts of good-will the one who has wronged him, then his life will become happy and peaceful, and in its highest sense, successful.

Again, a man who gives way to weak, fearful thoughts, who fears that his busi­ness will fail, who fears that his luck may give out, who fears that competition will arise with which he will be unable to cope, such a man will probably fail, because all his actions will be weak and hesitating and lacking in that strength and deci­sion which are necessary for the achievement of success. On the other hand, if he will banish every weak negative thought, every thought of possible failure, and constantly brace his mind by affirmations of success—in other words, send down strong suggestions of success to his subconscious mind—such a man will succeed in life, because his actions will be strong and decisive. When faced by great dif­ficulty he will find that his subconscious mind will supply him with wonderful energy and staying power, great courage and determination, simply because it has been trained by right thinking to do so.

It would be possible to fill a book with illustrations of the operation of this law, but in a little work of this kind these two must suffice. The law is immutable: it cannot be tricked or evaded. Whatever we think becomes sooner or later trans­lated into action; and as upon our actions our life depends, it will be seen that it is possible by thought-control to govern our life. For by controlling our thoughts we govern our actions; by governing our actions we mould our life and circum­stances, thus shaping our fate.

Life is not a matter of chance or luck; it is not something out of our control; it is largely the result or effect of our thoughts. Therefore, by controlling our thoughts— and this, thank God, can be done—we can govern and direct our life to an almost unbelievable extent. As conscious thinking beings, created, the Bible says, in God’s likeness and image, or in other words, a microcosm of the macrocosm, we possess one of the greatest powers in the universe. and this power is thought. It depends upon how we use this wonderful power what our life shall be. The engine driver sends his engine either backward or forward, but it is the same power that is used in each case. In the same way, thinking man can either build up or destroy himself by the use or misuse of the potent power of thought. It depends upon how he uses this power, either for good or ill, as to whether his life shall be successful, healthy, happy or harmonious, or lacking in definite achievement, true success and happiness.