The overcoming of fear 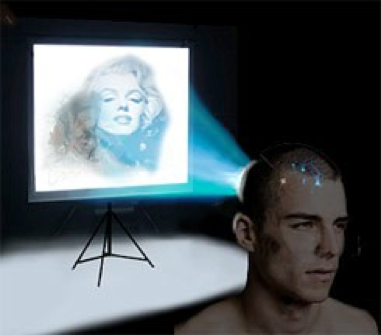 23 Apr The overcoming of fear

Fear is probably the cause of more of the mishaps of life than we imagine. A special protection seems to shield those who are absolutely without fear. It is a well-known fact that a dog will not attack one who is completely unafraid of him. My own limited experience of sports is that if one is entirely without fear, then the more reckless one may be, the more likely is it that one comes off without even a scratch.

It is my belief that the lions in the den into which Daniel was cast were unable to hurt him, simply because he was without fear. It was only necessary for the Lord to take away entirely his fear, in order to make Daniel perfectly safe. Proof of this is to be found in the experience of missionaries. When they have faced mobs of armed cannibals, thirsting for their blood, fear has been taken away from them so utterly and completely, that to advance unarmed towards what seemed certain death was just as easy as meeting a flock of lambs, or attending a prayer meeting. In no such case was the missionary harmed.

But an entire absence of fear is not only a protection from mishaps in dangerous sports, from fierce animals and murderous men, it is also a protection from infec­tion and contagion. Napoleon visited those sick of the Plague in order to show others that the disease could not affect one who feared it not. I once knew a man who used to visit smallpox and plague hospitals, but who never contracted either disease, although he used to kneel down and pray by the patients’ bedsides, inhal­ing microbes by the million. His only safeguard was his thought: he refused to ad­mit that the microbes could harm him; in other words, he trusted in God, and so was entirely without fear. He demonstrated the absolute truth of the 91st Psalm.

Thus we see that in one sense it is not microbes that cause us to fall a prey to epidemic diseases, but that a thought of fear is the deciding factor. Two people are exposed to the same infection. One contracts the complaint, the other is unaf­fected. Why? You may say that the one who escapes is more robust and hardy, but this is not always so, for frequently the strong are taken and the weak are left. You may say, further, that the one who escapes possesses greater powers of resistance. Just so, but is not this largely due to the mind? It is the one who is most positively minded who is immune.

Granted then the necessity for and desirability of, an absence of fear, how are we to overcome our hereditary failing? Most of us harbor fear of some kind; for although fearless in some things we may yet have other fears lurking in the hid­den caverns of our mind. We may be physically brave and yet have fears for our business, our profession, or our employment. The gaunt spectre of unemploy­ment, of bankruptcy, of failure to make good, may haunt us night and day. On the other hand, we maybe unafraid of these things, yet fear disease, infection, conta­gion, draughts, etc., so that every fresh epidemic fills us with apprehension and dread. How then are these fears to be overcome? In exactly the same way as you would calm the fears of your little child who might awaken during the night and be afraid of the dark. You would first say “There is nothing to be afraid of.” You might then reason with them, showing him that the room is just the same when it is dark as when it is illuminated, and that the things he fears are merely in his own mind. Then if this is not sufficient you say: “I will stay with you and will hold your hand so that you will know that everything is all right, and that there is nothing to fear.” Feeling your presence with him, and being quite certain of your power and willingness to protect him, he soon falls quietly to sleep.

Now we have to treat ourselves in exactly the same way. We are very complex creatures and can actually speak, argue, and reason with our own selves. We pro­ceed in exactly the same way as we did with our little child. First of all we say to ourselves: “There is nothing in all the Universe that can make me afraid.” This is not a mere empty boast, it is a statement of Truth. We do not mean by this that we, ourselves, are so strong that we can meet and overcome all the powers of evil. What it means is that we, having put ourselves on the side of the angels the angels have put themselves on our side, in response, so to speak. It means we have come into alignment with the inner harmony of the Universe. the Divine Order which nothing can destroy, and over which the forces of disorder have no power what­ever. It means that behind us is all the power of hidden Divine Forces pushing us on to the glorious consummation designed and planned for us in the depths of the Divine Mind and the Heart of Infinite Love.

Therefore, we can next use the words of Edward Carpenter: “All the Divine Forces hasten to minister to my eternal joy.” While doing this we can feel and realize that it is just as we state; that there are actually Divine Forces behind us pushing us forward to a fuller and richer life, and raising us to higher and better things. If you find these statements or invocations too advanced, high down or “fantastic” for you, you can quite easily choose words of your own that will be effective in your case. But the same process should be followed. It is better first to use the negative and next the positive.

But, like our imaginary little son who was afraid of the dark, we may feel the need of something more. He wanted us to stay with him and hold his hand, so that he might feel and realize that we were with him to protect and guard. In the same way we can call upon and realize the Presence of the Omnipotent and Eternal. There is One who has overcome the world and beaten all the powers of evil, who has glorified His humanity and opened up the Way for us by His own self-sacri­fice, and He has said: “I will not leave you,” and “Lo, I am with you always, even unto the end.”