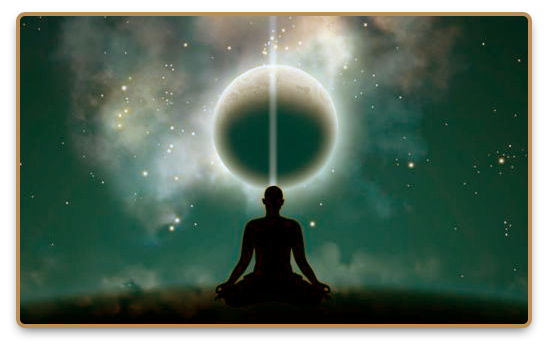 Raja yoga is a practice and belief system that is considered quite similar to Buddhism, although Buddhism does precede it by a couple hundred of years. “Raja” comes from Sanskrit for “king” or “best of its kind”, and therefore, raja yoga is often called “Royal yoga”. Some also call it “classical yoga.”

Many see raja yoga as the purest form of yoga, devoid of many of the distractions of modern styles that seem especially focused on exercise. However, the exercise practices of hatha yoga may prepare the body for the stillness required for a deep meditation session. The whole idea of raja yoga is based upon the goal of “controlling the universe of one’s own mind”.

The philosophy is the purest form of yoga as described in The Yoga Sutras of Patanjali, which is a collection of 196 lessons, broken into four sections. Patanjali is often called the “father of yoga”, but his texts suggest that he didn’t invent the methods he described, only organized it. His exact identity is often debated by scholars, mainly because so little is known about him, but he is estimated to have compiled the sutras between the second and third centuries B.C.E..

These philosophies provide the basis for a wide-range of yoga styles, particularly those with a meditation focus. Although Patanjali’s writings provided the basis for the raja yoga, he never called it this himself. It was Swami Vivekananda who linked the two. The overall goal is to follow a series of steps to achieve a state of consciousness called “samdhi” or enlightenment, which can eventually lead to “kaivalya” or spiritual freedom. 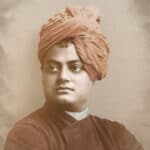 Do you know how much energy, how many powers, how many forces, are still lurking behind that frame of yours? What scientist has known all that is in man? Millions of years have passed since man came here, and yet but one infinitesimal part of his powers has been manifested. Therefore, you must not say that you are weak. How do you know what possibilities lie behind that degradation on the surface? You know but little of that which is within you. For behind you is the ocean of infinite power and blessedness.

Much of the practice of raja yoga depends on stilling the mind. It can be compared to the waves on the surface of water dissipating, so that we can see clearly and experience pure consciousness or “Purusha.” One should meditate and not become distracted by the movement of our thoughts.

See How to Practice Raja Yoga with a simple device.

This is similar to the ideas of Buddhism in that even positive thoughts are seen to lead to pain because of our desire for them.

Raja yoga also shares with it the Buddhist goal of non-attachment or “vairagya”. This means not allowing oneself to be driven by one’s emotions, passions, or sensations. This does not mean the practitioner is to become cold or apathetic, however. Once one reaches non-attachment, then they can become open to true knowledge, unobscured.

The Eight Limbs of Yoga

The path to enlightenment is to be followed through the eight limbs of yoga: “yama”, or moral codes or abstinences; “niyama”, self-purification and study; “asana”, or posture; “pranayama”, or breath control; “pratyahara”, or sense control or withdrawl; “dharana”, or concentration; “dhyana”, or meditation; and “samadhi”, or self-realization. It is very important that these limbs are viewed as a scientific path, a particular process to reaching the ultimate goal of enlightenment.

The yamas are a group of five behaviors to not just avoid, but aim for the opposite. There is a focus on non-violence and compassion. Practitioners are expected to act with truthfulness. This is more than just not lying, but living with sincerity and integrity. One should not be greedy or possessive and never steal. The idea is that one should live a simple life devoid of unnecessary objects. The final yama is incontinence, or a lack of attachment to pleasurable activities. One should merely enjoy them.

“Niyama” is defined by a number of activities. One should purify themselves through the practice of good hygiene (though there are a range of “hygienic” activities that would be seen as odd or extreme in modern times). Practitioners should maintain a healthy diet. They should be sure to practice contentment, which is a calmness in mind, and be cheerful. It suggested that one studies such works as the Upanishads and the Bhagavad Gita. One should practice austerity, which some believe can mean asceticism, but the primary goal is to build will power. The last practice is to resign oneself to a higher power.

In the west, the most famous limb of yoga is “asana”. This is more than just the exercises associated with hatha yoga. In raja yoga, “asana” literally means posture. So when one meditates, they should be sitting, maintaining a straight, upright back with the head in line with the spine and chin level. The purpose of this posture is so that people can cease focusing on their body.

“Pranayama” in raja yoga has a similar goal. The breath should be brought to a point where it no longer becomes a distraction, where the differentiation between inhaling and exhaling melts away. Controlled, deep breathing has the bonus result of calming the practitioner so that they can be better set up to get the most out of meditation.

Mastering “asana” and “pranayama” can help one with the next yogic limb, “pratyahara”. The idea is to turn inward and separate oneself from external distractions. One can help this by practicing meditation in an environment that is already cleansed of things that draw our attention, but one can learn to tune out external stimuli. Unfortunately, there exists many internal distractions as well, including itches, ticks, and thoughts.

The next limb, “dharana”, can help with controlling these. This can be done by finding a point of focus or concentration. This can be any number of things. For many, it’s an object such as a candle flame, the “third eye” (a point between the eyebrows), broken glass, or just something in the distance or across the room.

Many will close their eyes and focus on the image in their heads. Others choose to fix on a drawing or diagram, often a symbol, called a yantra. One doesn’t need to concentrate on something visual, though. Many will repeat a phrase, word, or syllable called a mantra. This can be said aloud or internally. There are also many who make the breath itself their focus. It is very important not to force concentration if one loses focus. One should gently guide their attention back. This is the one part of the final three limbs that people can actively control.

The last two are more of a result of combining the previous limbs together. However, focus alone will not lead to “samdhi”. Once a person can maintain full focus so that only the mind on the object of focus exists, they have reached “dhyana” or contemplation.

The ultimate goal of raja yoga is to achieve “samadhi” or a higher level of consciousness, and this exists in multiple levels. However, raja yoga is not the only method of achieving this. Kundalini yoga and Maharishi’s Transcendental Meditation have also been said to be effective. Samadhi is said to be a blissful state when one is able to let go of their ego and achieve their true self.

It has been said that a regular raja yoga practice can help people live life with more positivity. There is a belief that raja yoga and a meditative practice in general can solve a wide range of physical and psychological problems. This is related to the new age belief that many of our ailments are spiritual in origin and this practice can address these.

Given the focus on living a pure lifestyle, the philosophies of raja yoga can have a positive effect on one’s health in general. Although it doesn’t strictly, nor specifically require a vegan diet, this lifestyle does fit into the mindset of non-violence and an adoption of a veganism has been shown to have a positive effect on one’s health over a standard western diet. A meditation practice has been known to reduce stress and induce relaxation, both of which lower cortisol levels, the stress chemical shown to have an adverse effect on our health.

In general, regular yoga or meditation has been shown to reduce anxiety and some of the symptoms of depression. The discipline encourages regular meditation. It has been shown that adopting healthy habits such as this can replace more negative ones and has been used as a treatment for addiction. Practicing meditation can help one become more focused and train them to concentrate more on their tasks. This can lead to an increase in productivity.

Some ancient texts suggest that reaching the higher form of consciousness made possible by raja yoga can give people mystical powers. More modern writers look at these claims with scepticism, suggesting they may have been exaggerations or simply a way to encourage more to take up the spiritual practice. The latter may be a bit less likely, as ascribing a goal such as this to a spiritual pursuit will go counter to the path of reaching it. If one does achieve such abilities, they should not misuse or abuse them.

Varied Interpretations of the Ancient Texts

It could hardly be called a “risk”, but keep in mind that the message and methods provided by the sutras can vary depending on the translation and the way the prose is interpreted. A “sutra” is translated to “thread” in English and there are many threads, often unconnected seeming, that make up the philosophy.

The statements are terse and direct, with nearly all context and unneeded words eliminated. This can make it dense reading and it can be easy to infer different things from the text. Words are often symbolic, making translations problematic. It is therefore recommended that the study of raja yoga be done under the guidance of an experienced guru one trusts.