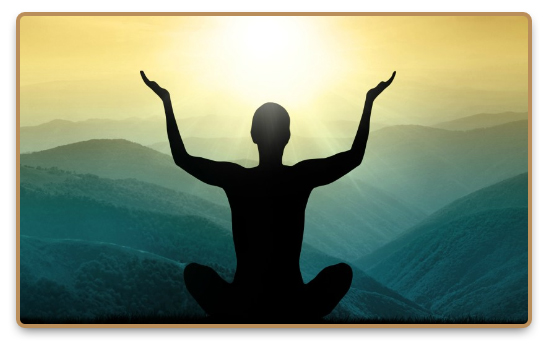 Qigong, which means “energy cultivation” or “mastering of energy”, can be viewed as a philosophy of holistic health with a particular focus on diet and a series of exercises and breathing techniques thought to encourage healing and cultivation of energy within the body.

It is tied to meditation, exercise, martial arts, and energy healing. It is quite similar to tai chi, but it has more sitting positions and focuses more on combining breathing and movement, much like in yoga. Some also think of it as a form of external energy healing. It gets lumped together with other healing techniques such as reiki and chakra healing because of its basis in the belief that all living things have a vital energy system flowing through them (although, the nuances of qigong do differ from the other seeming similar practices) and the practice ultimately focuses on methods of increasing ones life-force.

Background and History of Chinese Qigong

Qigong is an incredibly old practice from China that encompasses a wide-ranging holistic approach to health, although others have suggested that it has much more modern roots. According to some sources, a man named Liu Guizhen may have been instrumental in the popularization of the method in the 1950s. Legend says that he was suffering from chronic tuberculosis and was at the brink of death. After about a hundred days of practicing Qigong exercises, which he had learned from his uncle, qigong pioneer Liu Duzhou, Liu Guizhen made a miraculous recovery.

After this, qigong began to be slowly accepted by the Maoist Chinese government. Things took a drastic turn during the Cultural Revolution in 1966. In an effort to modernize the nation of China, the government rejected many traditional practices, qigong included, and Liu Zuizhen was imprisoned. He never wavered in his belief in the system and after his release in the early-1980s, he continued to teach and study his practice. Since then, its popularity has grown steadily over the years. 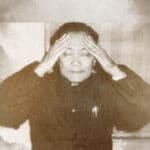 The character “qi” here means breath, and “gong” means a constant exercise to regulate breath and posture, that is to say, what popular parlance calls to practise until one has mastery (you gongfu); to use medical perspectives to organise and research this qigong method; and to use it for therapy and hygiene, while removing the superstitious dross of old; so it is thus called ‘qigong therapy.

Qigong is said to have three broad categories: martial, spiritual, and medical. Each has a different focus.

Martial qigong looks to improve our physical strength. Many might view this practice as being similar to kung fu as practitioners attempt to focus qi / chi into their body and use it to complete seemingly impossible tasks such as breaking bricks or withstanding intensely painful attacks without injury.

The spiritual type can be seen as similar to Buddhism or Taoism. The primary focus is on meditation, mantras, and prayers in an attempt to achieve spiritual enlightenment. Practitioners learn to find a deep connection to nature and have a high level of self-awareness and inner-tranquility.

See How to Measure Qigong Energy with a simple device.

The third, and for the purpose of this article, most important is medical qigong. It is based upon much of the same ideas as acupuncture, herbal treatments, and Chinese massage. Medical qigong in itself can be divided into two broad categories, internal and external.

Internal can be easily called individual instead. The main aim is on the development of one’s emotional, physical, and spiritual self through the practice of the philosophies. Practitioners are encouraged to stick to a healthy diet, practice the breathing and exercise routines, and meditation techniques in the aim of self-healing (and prevention of illness.) There is a particular focus on posture and core strength.

External Qigong is when a healer uses their own qi / chi to help heal another person’s ailments. Basically, it’s a form of energy healing. Those who have gained a mastery of controlling qi can thus focus it to help others. This can be done in a variety of ways.

First is an energy massage where the healer uses their hands to physically touch the patient at various acupoints and areas where meridians meet to help facilitate the flow of energy throughout the body.

Another method is using various pointed tools, acupuncture needles, herbs, or even water can be charged with qi / chi and then used to heal patients either as medicine or crystal healing.

What Does a Qigong Healer Do?

Healers don’t necessarily need to make physical contact with the patient to heal them. Instead of massage, a healer can hold their hands a few inches above the patient’s body and move the energy in this way.

Another method is to use distance healing. This is where a healer focuses on a patient that can be very far away and uses energy to help them heal. Distance healing can be viewed as a method very similar to prayer.

It is very important for healers to maintain a regular qigong practice. It believed that the quality of the healing is directly related to the health of the healer. It is also encouraged that healers have a deep knowledge of the theories and practices of other forms of Chinese medicine, because many of the concepts are interrelated. However, due to this being a generally intuitive practice, focusing too much on the theory can be at a detriment to the quality of the healing.

Much like in other forms of energy healing, the general belief system is similar. Namely, that various things can cause imbalances in our energy systems. Among the causes are trauma, negative emotionality, intense stress, depression, accidents, poor diet, insufficient exercise, and a generally poor health. These imbalances can manifest itself as a series of ailments. The idea is that our energy fields should be freely flowing without blockages and a qigong practice, both internal and external can help with this.

Qigong has not had a ton of scientific studies yet, unlike its cousin Tai Chi. There are a few possible reasons for this. First off, Tai Chi is much more widely accepted, especially as a form of exercise. There have been numerous studies which show that Tai Chi can be moderately helpful in any number of ailments. It also seems as if Tai Chi lacks the energy healing component that might be labeled as a pseudoscience.

Qigong is also practiced by a few different offshoot religious groups, which some may even label as cults, such as Falun Gong. This group in particular has been denounced and also persecuted by China.

A lot of the positive benefits are merely anecdotal, however, there are some positive aspects that can be easily argued. For one, it is claimed that qigong increases circulation, helps with flexibility of joints, and helps tone the muscles. Considering that light exercise and stretching is a significant part of the practice, it is intuitive that this would be a result.

There have been some studies showing that Qigong can have a significantly positive effect on chronic neck pain. However, this effect was shown to be similar to other forms of exercise therapies. Both were shown as being more effective than nothing.

Another study, though, showed the qigong does not help with neck pain. Another study suggested that qigong may help improve sleep, overall functioning and reduce pain in people suffering from fibromyalgia.

Other studies have suggested that it may help with some bone issues.

Some studies have suggested that Qigong may help with mental stress. However, this is more in the context of how an overall increase in physical activity helps in these areas. There has been little study on how Qigong specifically may help in this area. More promising are the studies that show that it may have a positive effect on improving the quality of life of the elderly, both for sufferers of chronic illness and the healthy.

A meta analysis of ten studies in 2011 found little evidence to suggest that Qigong is helpful in conditions ranging from cancer, to diabetes, Parkinson’s, and chronic pain. However, the writers could neither disregard the inconclusive results nor accept the positive results because of a list of criticisms on the experiment design. They seem to think, however, that more study in this area may be necessary.

Given that meditation and breathing exercises make up a large part of the belief system and practice of qigong, it can be easily argued that a regular practice can promote a state of relaxation. Studies have linked meditation to health and anything that can promote relaxation and stress-relief can ultimately be seen as beneficial to one’s health.

The general ideas espoused by energy healers has been scrutinized by many studies. Simply put, there is scant evidence that a vital energy does, in fact, exist. This is not to say that energy healing has no benefit at all. Various studies have shown that energy healing, even as a mere placebo does have the ability to heal some ailments, namely in pain reduction. In addition to this, the rich philosophy of this method of healing may actually increase its effects, despite the lack of proof that it is the underlying reason it works.

There does not seem to be many studies that have compared the healing abilities of qigong to other forms of energy healing. So it cannot be ascertained as to whether qigong has a significantly greater ability to heal than reiki, pranic healing, or any other form of energy manipulation. This remains an interesting area of future study for researchers of this topic.