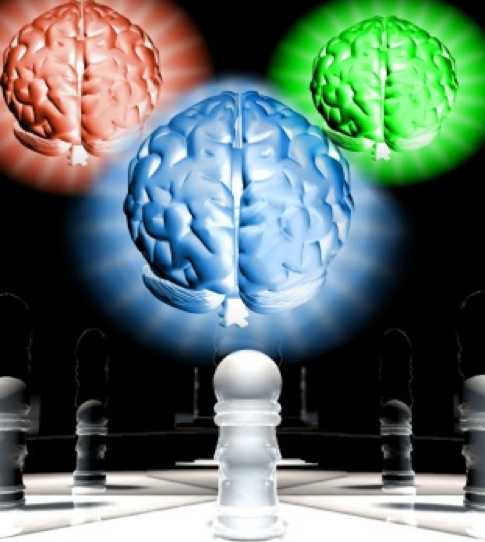 Chances are if you’re reading this, you don’t care about the “philosophy” of Psionics, and just want to get to the cool stuff. Perhaps you’ve already skipped ahead, and only now are coming back to this section. Either way – you’re in luck; there isn’t much philosophy behind Psionics, and the few concepts that we all hold are pretty basic and easy to understand.

The fundamental idea is that weird things happen, and we should try to figure out how those weird things work. The skeptic might argue that these weird things are coincidence, or figments of our imagination – that’s fine. It just might be but the only way to know is to investigate it. It does us no good to immediately dismiss it as crazy, and ignore any evidence that is presented. While I am open to the idea I might be crazy, I still come to the same conclusion: I must investigate, and try to figure things out. If my investigation leads me to believe it’s coincidence, then so be it. More often than not, my investigation leads me to believe something legitimately weird happened.

The best way to investigate a weird experience is to reproduce it. Thinking back and relying on memory is shaky at best. Reproducing the experience over and over allows for more detailed analysis. So, the next logical jump is, how do you reproduce a seemingly random experience? Easy – practice. Well, easier said than done.

Psionic abilities are skills like everything else. On the baseball field, you might randomly swing your bat and hit a homerun. It’s rare, but it is possible, and it does happen every once in a while.   In the same sense, in the real world, you might randomly do something, and predict an event. Looking at the isolated incident, you might argue coincidence. Much like you could argue that hitting the homerun was just luck. But the fact remains – there are people who hit more homeruns than others. And they get there by practicing.

Using the same analogy, does it make sense to restrict homeruns to people who are a specific religion? Hitting homeruns is a skill. Many people, with different faiths, have hit homeruns. Some people are better at it than others, some people train differently from others, but it comes down to: if you can swing a bat, you can hit a homerun.

While the physics behind Psionics is largely unknown, the only requirement seems to be a functional brain. If you can swing a bat, you can hit a homerun. If you can create a thought, you can learn Psionics.

For learning any skill, there are always groups of individuals who claim their method is the best. In reality, it depends on the person who is learning. There is no “best” way, and there is no solution that works for everyone. There is no special pill that will give you immediate success, or secret technique that “unlocks your hidden potential.” If you want to learn a skill, you have to practice, and you have to learn to adapt popular exercises to fit your specific needs.

Unfortunately, we aren’t hitting homeruns. The skill we have chosen to learn isn’t normal by today’s standards, and legitimate information on the subject is very hard to find. The literature on psychic abilities usually falls into four categories:

The mass majority of books and websites on psychic abilities fall under the first three categories. This introduces a lot of problems. For one, if you’re new, you can’t tell what is useful information, and what is useless information. For those of us that are teachers, we have to put forth an effort to make beginners unlearn these myths and ineffective techniques. For the community, we are labeled as crazy because people typically associate psychic abilities with things that fall in the first three categories.

We might be in a bad position right now, but we’re getting better. The fact remains: we have to figure it out. You can’t turn your back on reality – it surrounds you.

Perhaps it’s good that we don’t have an abundance of information about Psionics. While it is frustrating not having all the answers, it is fun to be discovering something completely new and unknown. Since we are still in such an infant phase of learning, we aren’t following someone else’s path, we’re creating our own. We are both scientist and subject. The body and mind is our laboratory – it’s a very exciting time.