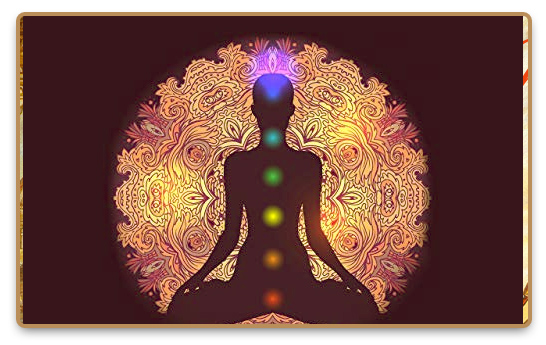 Kriya yoga, derived from the Sanskrit root “kri” meaning to act, roughly translates to the “yoga of action”. It can thus be viewed as a lifestyle that has the ultimate goal of reaching spiritual enlightenment. This is to be thought of as actions one does internally. A practitioner is said to become one with the infinite and escape the karmic cycle.

Kriya yoga is an ancient practice, claimed to have been practiced by both Jesus and Krishna, that was lost, but rediscovered by Mahavatar Babaji It is considered to be very similar to Raja Yoga, a spiritual path discussed in the Bhagavad Gita.

Paramahansa Yogananda and the Modern Study of Kriya Yoga

It was popularized by Paramahansa Yogananda. He had been studying various spiritual practices in India, particularly those of Lahiri Mahasaya, who was an influential guru to many at the time. He found these teachings transformative to his life and wanted to bring these ideas into the modern times.

In 1894, he met Mahavatar Babaji, the guru of his guru, who predicted that one of his students would bring his teachings to the west. In the end, that person was Yogananda. He was invited to give a talk in Boston in 1920, which was called “The Science of Religion”. It was a big hit and he remained in the United States, teaching his message around the country. He combined a lot of Christian and Hindu ideas together.

He founded the Self Realization Fellowship during his visit to the United States to help spread and develop his and his guru’s philosophies. It is considered a religion. His book Autobiography of a Yogi, chronicling his life and spiritual path, was a seminal work on the practice of kriya yoga and is still influential today.

There are hybrid forms of yoga that students of Yogananda have developed. One notable one is Ananda that mixes it with hatha yoga. 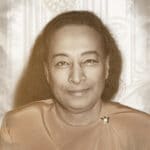 The best methods are those which help the life energy to resume its inner work of healing.

Other Meanings of Kriya Yoga

One thing to note is “kriya” itself can refer to an action, so there are numerous yogas that utilize other kriyas. One example is Sudarshan Kriya yoga, which is a specific method of breathing that can have many therapeutic benefits in the treatment of depression and anxiety. This should not be confused with the method of kriya yoga as based upon Mahavatar Babaji’s teachings.

Kriya Yoga and a Focus on Pranayama

On its most simple level, kriya yoga focuses on a method of pranayama. The goal is to take in oxygen and convert it into life force. This in turn can decarbonize and charge the body. Yogis achieve a deep focus, which in turn slows down and regulates the breath.

See How to Practice Kriya Yoga with a simple device.

They are not instructed to hold the breath, but to maintain a continuous breathing cycle. Paramahansa likens this state of relaxation to what we achieve during sleep and breathing rate should be similar.

The meditation is more than just sitting in silence and breathing, though, as some often view meditation. The yogi is instructed to channel their life energy, through breath, and have it move around six spinal centers in the body, namely the medullary, cervical, dorsal, lumbar, sacral, and coccygeal plexuses.

When starting out, students are encouraged to do this in a series of half-minute exercises, between fourteen and twenty-eight times, split up between two sessions. As they improve, they can increase the amounts.

The Material World is Only an Illusion

One major idea behind these beliefs is that the material world is only an illusion. Through proper training and technique, a yogi may be able to leave their physical form behind and join with the “cosmic spirit”. This is done by separating the mind from the senses, forcing the brain to be operated directly from life energy, without using the body as an intermediary. It is also important for one to disengage themselves from the ego. At advanced levels, they can have congress with this higher consciousness without leaving their bodies.

In addition to the meditation techniques (or even as a result of it) practitioners are encouraged to live in a state of love for God and for others and use this enlightened state to improve their lives.

Kriya Yoga Should be Studied With a Guru

Naturally, these techniques are best learned through study with a master. In order to get the full benefit from kriya yoga, one must take part in an initiation ritual. If you do not visit the ashrams, one can also order a self-study course from the Self-Realization Fellowship or other kriya yoga organizations. One site says that you need to study for eight or nine months. Naturally, the path to this mystical enlightenment comes with a charge. However, the initiation ceremony is by donation.

There are groups who believe that kriya yoga has become commodified, presented as something that can be learned easily on the internet or over a weekend retreat. This approach is seen as poisonous or misleading. They believe that real kriya practices can only be learned directly by the well-guarded secrets of a respected guru, a very rare person in the world. In the past, a student would have to show intense devotion and dedication to be privy to a guru’s teachings.

It is claimed that through this practice, a yogi can slow the decay of their body and rejuvenate their nervous system . Paramahansa has stated that by using this technique, one can break out of the “grooves” of bad habits, which suggests that it could have some benefit on overcoming addiction and other mental issues.

When one starts a routine of regular meditation, this is a new habit that could replace the negative ones. There has been some research looking at how some types of yoga can be used to treat addiction and they have found some success.

It is claimed that by practicing Kriya yoga, one can achieve inner-peace. This peace can be translated to a general way of life with very little stress. Even stripped of any mystical features, meditation techniques have been shown to create a similar effect in people. Some suggest that it can improve the immune system.

Meditation is calming and any practice that reduces the level of harmful stress, which does have a negative effect on the immune system can be seen as a benefit to one’s health. The practice of yoga in general has been used to treat depression and anxiety with some success.

Becoming a Being of Pure Energy

With a certain level of training, some masters have been said to have transcended their physical forms and become a being of pure energy. Paramahansa describes this as science, but does not offer any empirical evidence of his claims.

Paramahansa said that kriya yoga has the ability to help humans evolve at a faster rate. He claimed that this meditation technique actually quickens time for our souls. Thirty seconds of this energy control corresponds with a whole year of spiritual development. By their argument, three years of kriya practice for eight-hours a day can evolve the yogi a million years.

One main message of this type of yoga is that it focuses on self-reflection and awareness of one’s actions in life. As a bi-product of this idea, this awareness may focus on leading a more righteous life, with concern for creating more positivity in the world.