You can if you think you can 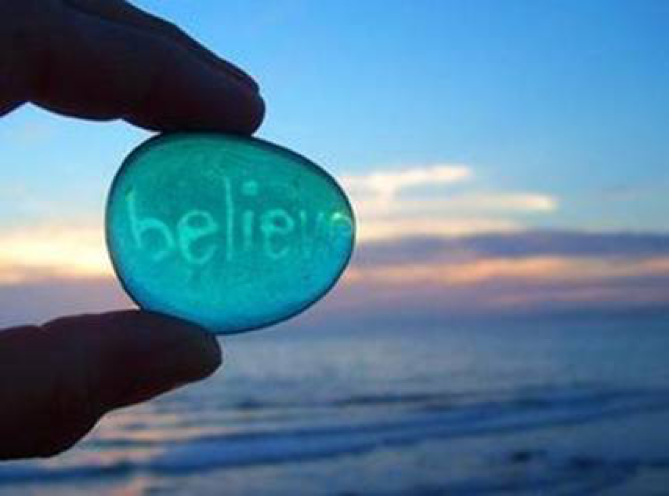 09 Apr You can if you think you can

When failure comes be more determined than ever to succeed. The more feeling there is in your thought the greater its power. You steadily and surely become in the real what you constantly and clearly think that you are in the ideal. The more you believe in yourself the more of your latent powers and possibilities you place in action. And the more you believe in your purpose the more of your power you apply in promoting that purpose. To him who thinks he can, every­thing is an opportunity. Depend only upon yourself but work in harmony with all things. Thus you call forth the best that is in yourself and secure the best that external sources have to give.

The discovery of the fact that man is as he thinks, has originated a number of strange ideas concerning the power of thought. One of the principal of these is the belief that thought is a domineering force to be used in controlling things and in compelling fate to come our way. But that this belief is unscientific in every sense of the term has been demonstrated any number of times. Those who have accepted this belief, and who have tried to use thought as a compelling force, have seemingly succeeded in the beginning, but later on have utterly failed, and the reason is that the very moment we proceed to apply thought in this manner, we place ourselves out of harmony with everything, both within ourselves and in our environment. The seeming success that such people have had in the beginning, or for a season, is due to the fact that a strong compelling force can cause the various elements of life to respond for a while, but the force that compels, weakens itself through the very act of compelling, and finally loses its power completely; and then, whatever has been gathered begins to slip away.

This explains why thousands of ardent students of metaphysics have failed to secure the results desired, or have succeeded only in spurts. They have taken the wrong view of the power of thought, and therefore have caused their power to work against them during the greater part of the time. The power of thought is not a compelling force. It is a building force, and it is only when used in the latter sense that desirable results can be produced. The building capacity of thought, however, is practically unlimited. Therefore there is actually no end to what might be accomplished, so long as this power is employed intelligently.

To apply the full building power of thought, we should proceed upon the princi­ple that he can who thinks he can, and we should act in the full conviction that whatever man thinks he can do, he can do, because there is no limit to the power that such thinking can bring forth. The majority among intelligent minds admit that there is some truth in the statement that he can who thinks he can, but they do not, as a rule, believe it to be a very large truth. They admit that we gain more confidence in ourselves when we think that we can do what we have undertaken to do, and also that we become more determined, but aside from that, they see no further value in that particular attitude of mind. They do not realize that he who thinks he can, develops the power that can; but this is the truth, and it is one of the most important of all truths in the vast metaphysical domain.

The law that governs this idea, and its process while in action, is absolutely un­limited in its possibilities, and therefore is in a position to promise almost any­thing to one who is faithful. When a person begins to think that they can do cer­tain things that they desire to do, their mind will naturally proceed to act on those faculties that are required in the working out of their purpose; and so long as the mind acts upon a certain faculty, more and more life, nourishment and energy will accumulate in that faculty. In consequence, that faculty will steadily develop. It will become larger, stronger and more efficient, until it finally is competent to do what we originally wanted done. Thus we understand how he who thinks he can develops the power that can.

When someone begins to think that they can apply the power of invention, their mind will begin to act upon the faculty of invention. The latent powers of this fac­ulty will be aroused. These powers will accordingly be exercised more and more, and development will be promoted. This, however, is not all. Whenever the mind concentrates its attention upon a certain faculty, additional energy will be drawn into that faculty; thus power will be added to power, much will gather more, and as this may continue indefinitely there need be no end to the capacity and the ability that can be developed in that faculty. In the course of time, be it in a few months or in a few years, that person will actually have developed the power of invention to such a degree that they can invent successfully; and through the ap­plication of the same law, can further develop this same faculty, year after year, until they may finally become an inventive genius.

When an individual has some inventive power in the beginning, they will secure, through the application of this law, more remarkable results and in less time than if there were originally no indications of that faculty; but even if there were no original indications of individual power, that power can be developed to a high degree through the faithful application of the great law — he can who thinks he can, or to state it differently — one who thinks they can develops the power that can.

Whatever man or woman may think that they can do, let them proceed to carry out that undertaking, constantly thinking that they can. They will succeed from the beginning, and their advancement will be continuous. However, no mind need be confined to a single purpose. If we have talent for something better than we are doing now, or if we wish to awaken some talent that we long to possess, we may proceed now to think that we can do what we long to do. We shall thus give more and more power to that faculty until it becomes sufficiently strong to be ap­plied in actual practice. In the mean time, we should continue to think that we can do better and better what we are doing now. We shall thereby advance steadily in our present work, and at the same time, prepare ourselves for a greater work in the coming days.

When we think that we can, we must enter into the very soul of that thought and be thoroughly in earnest. It is in this manner that we awaken the finer creative energies of mind, those forces that build talent, ability and genius — those forces that make man great. We must be determined to do what we think we can do, This determination must be invincible, and must be animated with that depth of feel­ing that arouses all the powers of being into positive and united action. The power that can do what we think we can do will thus be placed at our command, and ac­cordingly we may proceed successfully to do what we thought we could do.