The biggest power in man 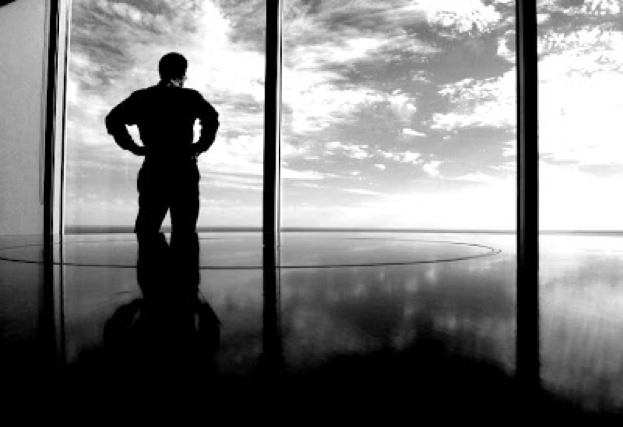 07 May The biggest power in man

Thus sings the poet, and we call him sentimental; that is, at first thought we do. But upon second thought we change our minds. We then find that faults and defects are always in the minority, and that the larger part of human nature is so wonderful and so beautiful that it needs must inspire admiration and love in everybody. With all their defects there is nothing more interesting than human beings; and the reason is that for every shortcoming in man there are a thou­sand admirable qualities. The poet, being inspired by the sublime vision of truth, can see this; therefore, what can he do but love? Whenever his eyes are lifted and whenever his thoughts take wings, his soul declares with greater eloquence than ever before, “What a piece of work is man!” Thus every moment renews his admiration, and every thought rekindles the fire of his love.

It is the conclusion of modern psychology that the powers and the possibilities in­herent in man are practically unbounded. And this conclusion is based upon two great facts. First, that no limit has been found to anything in human nature; and second, that everything in human nature contains a latent capacity for perpetual development. The discovery of these two facts – and no discovery of greater im­portance has appeared in any age – gives man a new conception of himself, a conception, which, when applied, will naturally revolutionize the entire field of human activity. To be able to discern the real significance of this new conception becomes, therefore, the greatest power in man, and should, in consequence, be given the first thought in all efforts that have advancement attainment or achieve­ment in view.

The purpose of each individual should be, not simply to cultivate and apply those possibilities that are now in evidence, but also to develop the power to discern and fathom what really exists within him. This power is the greatest power, because it prepares the way for the attainment and expression of all other powers. It is the power that unlocks the door to all power, and must be understood and applied before anything of greater value can be accomplished through human thought or action. The principal reason why the average person remains weak and incom­petent is found in the fact that he makes no effort to fathom and understand the depths of his real being. He may try to use what is in action on the surface, but he is almost entirely unconscious of the fact that enormous powers are in exist­ence in the greater depths of his life. These powers are dormant simply because they have not been called into action, and they will continue to lie dormant until man develops his greatest power — the power to discern what really exists within him.

The fundamental cause of failure is found in the belief that what exists on the sur­face is all there is of man, and the reason why greatness is a rare exception instead of a universal rule can be traced to the same cause. When the mind discovers that its powers are inexhaustible and that its faculties and talents can be developed to any degree imaginable, the fear of failure will entirely disappear. In its stead will come the conviction that man may attain anything or achieve anything. What­ever circumstances may be today, such a mind will know that all can be changed, that the limitations of the person can be made to pass away, and that the greater desires of the heart can be realized. That mind that can discern what exists in the depths of the real life of man does not simply change its views as to what man may attain and achieve, but actually begins to draw, in a measure, upon those inexhaustible powers within; and begins accordingly to develop and apply those greater possibilities that this deeper discernment has revealed.

When man can see through and understand what exists beneath the surface of his life, the expression of his deeper life will begin, because whatever we become conscious of, that we tend to bring forth into tangible expressions, and since the deeper life contains innumerable possibilities as well as enormous power, it is ev­ident that when this deeper life is clearly discerned and completely taken posses­sion of in the consciousness, practically anything may be attained or achieved.

The idea that there is more of man than what appears on the surface should be so constantly and so deeply impressed upon the mind that it becomes a positive conviction, and no thoughts should be placed in action unless it is based upon this conviction. To live, think and act in the realization that ” there is more of me ” should be the constant aim of every individual, and this more will constantly develop, coming forth in greater and greater measure, giving added power and capacity in life to everything that is in action in the human system.

When the average individual fails, he either blames circumstances or comes to the conclusion that he was not equal to the occasion. He therefore easily gives up and tries to be content with the lesser. But if he knew that there was more in him than what he had applied in his undertaking he would not give up. He would know by developing and applying this more, he positively would succeed where he had previously failed. It is therefore evident that when man gives attention to his greater power – the power to discern the more that is in him – he will never give up until he does succeed, and in consequence he invariably will succeed.

That individual who knows his power does not judge according to appearances. He never permits himself to believe that this or that cannot be done. He knows that those things can be done, because he has discovered what really exists within him. He works in the conviction that he must, can and will succeed, because he has the power ; and it is the truth – he does have the power – we all have the power.

To live, think and work in the conviction that there is more of you within the real depths of your being, and to know that this more is so immense that no limit to its power can be found, will cause the mind to come into closer and closer touch with this greater power within, and you will consequently get possession of more and more of this power. The mind that lives in this attitude opens the door of consciousness, so to speak, to everything in human life that has real quality and worth. It places itself in that position where it can respond to the best that exists within itself, and modern psychology has discovered that this best is extraordi­nary in quality, limitless in power, and contains possibilities that cannot be num­bered.

It is the truth that man is a marvelous being — nothing less than marvelous; and the greatest power in man is the power to discern the marvellousness that really does exist within him. It is the law that we steadily develop and bring forth whatever we think of the most. It is therefore profitable to think constantly of our deeper nature and to try to fathom the limitlessness and the inexhaustibleness of these great and marvelous depths.

In practical life this mode of thinking will have the same effect upon the personal mind as that which is secured in a wire that is not charged when it touches a wire that is charged. The great within is a live wire; when the mind touches the great within, it becomes charged more and more with those same immense pow­ers; and the mind will constantly be in touch with the great within when it lives, thinks and works in the firm conviction that “there is more of me,” – so much more that it cannot be measured.

We can receive from this deeper life only that which we constantly recognize and constantly realize, because consciousness is the door between the outer life and the great within, and we open the door to those things only of which we become conscious.

The average person lives on the surface. He thinks that the surface is all there is of him, and consequently does not place himself in touch with the live wire of his interior and inexhaustible nature. He does not exercise his greatest power – the power to discern what his whole nature actually contains; therefore, he does not unlock the door to any of his other powers.

This being true, we can readily understand why mortals are weak – they are weak simply because they have chosen weakness; but when they begin to choose power and greatness, they will positively become what they have chosen to become.

We all must admit that there is more in man than what is usually expressed in the average person. We may differ as to how much more, but we must agree that the more should be developed, expressed and applied in everybody. It is wrong, both to the individual and to the race, for anyone to remain in the lesser when it is possible to attain the greater. It is right that we all should ascend to the higher, the greater and the better now. And we all can.